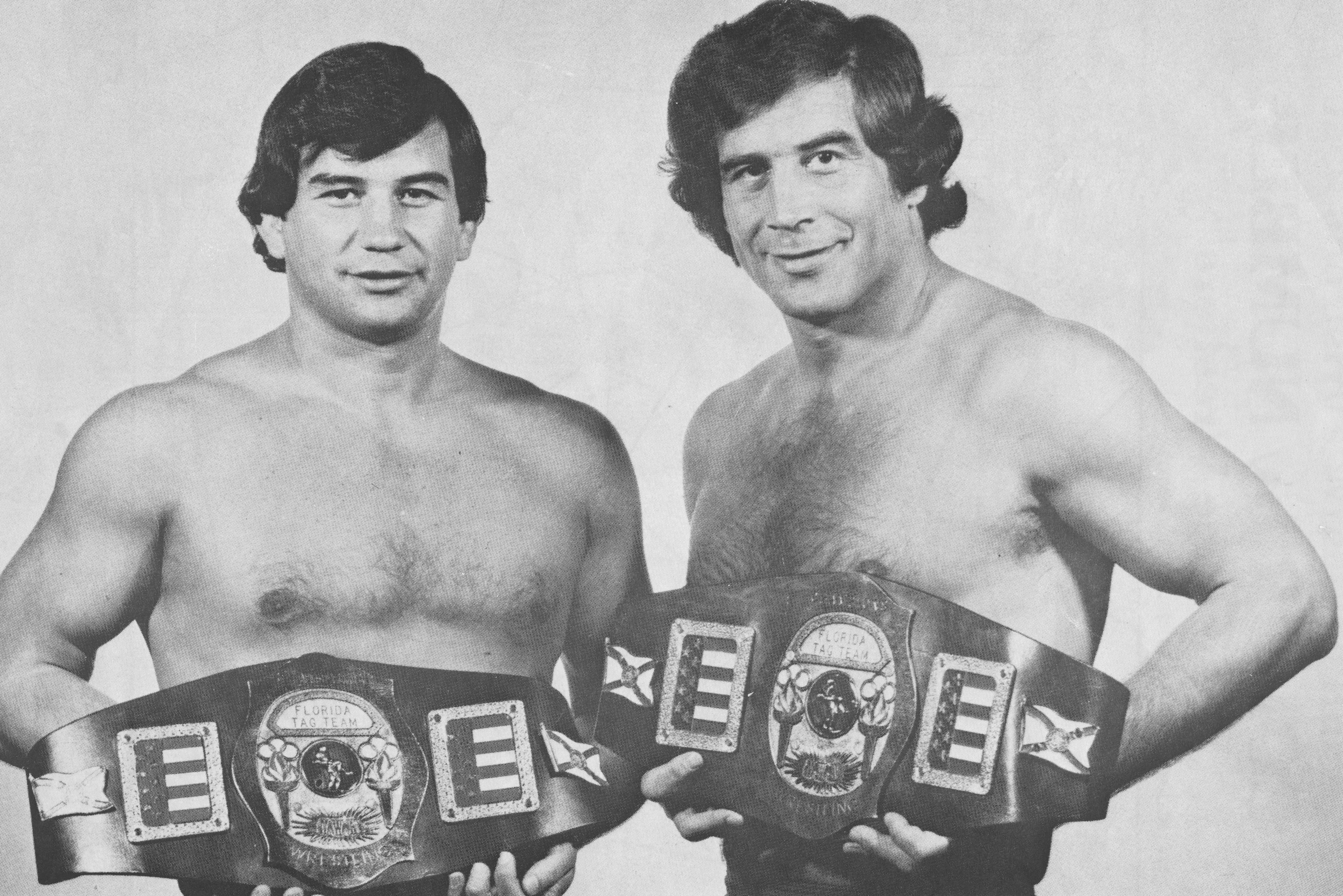 World and national champion wrestler and businessman Freddie Joe “Jack” Brisco was born Sept. 21, 1941. He grew up in Blackwell, Oklahoma, with five siblings.

After high school, Jack attended Oklahoma State University, where he became the first Native American to win an NCAA Wrestling National Championship in 1965. He was not taken down once during the entire season.

Jack became a two-time National Wrestling Alliance (NWA) World Heavyweight Champion and won multiple NWA Tag Team Championships. He was followed by his younger brother into the sport of wrestling.

Floyd Gerald “Gerry” Brisco was born Sept. 19, 1946, in Seminole, Oklahoma. He attended Stillwater High School, where he lettered in wrestling, football and track.

He stood out in all three sports, even having a 50-5 wrestling record, and made the Oklahoma State Finals on three occasions. He accepted a wrestling scholarship to Oklahoma State University.

Gerry lost only one match during his freshman year and was a member of the 1968 NCAA National Championship team. After leaving school, he began his professional wrestling career, where he won 20 championships and four world titles.

The brothers formed the Brisco Tag Team and won numerous tag team titles, championships and awards throughout their wrestling careers and beyond. Jack and Gerry acquired minority interests in Georgia Championship Wrestling and in 1984, they convinced a majority of shareholders to sell their stakes to Vince McMahon.

Gerry was inducted into the WWE Hall of Fame in 2006. In 2010, he was named to the USA Wrestling Indigenous Committee, whose goal is to focus on giving Native American and other minorities an opportunity to attend wrestling camps sponsored by USA Wrestling.

Also in 2010, Gerry helped form the International Olympic Committee with the goal of gaining representation in the games for North American Indigenous people as a sovereign nation. He is also active in his Tampa Bay, Florida, community where he started the Guardian Wrestling Club, one of the largest in Florida.