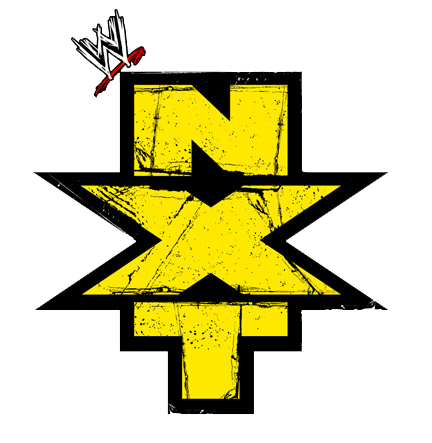 Just a quick note here before I get started. This Sunday is Elimination Chamber and we’ll be doing a special one-hour post-PPV show starting at 11pm EST at www.morelikeradio.com/live. You’re all welcome to stop by our live chatroom and interact with the hosts.

Well, here we are, the last NXT before the WWE Network goes live. Next week’s NXT is being billed as the first ever NXT PPV and called “Arrival” with some goofy capitalization gimmick that allows WWE to copyright it. I won’t state the obvious here, I promise. However, the kickoff show will have Kevin Nash, Bret Hart & Paul Heyman on as their expert panel. That should be interesting considering the outright contempt Nash has had for Hart in every shoot interview he’s ever done.

Our announce team continues to be Tensai (face), Tom Phillips (straight) and Byron Saxton (heel). This week the announcers did a much better job sticking to their gimmick. Byron is definitely better at announcing than Tensai as he seems more able to verbally joust. The production team needs to do a better job of checking audio levels though as Byron’s mic was very low.

In preparation (rumors) for their move up to the main roster, Connor O’Brian is now just Konnor…and stealing Scott Steiner’s chainmail gimmick. Rick Victor is now just Viktor and rocking black full contacts. NXT has been subtly changing their look for months now, this was just a big change from the last time we’ve seen the tag champs so it seemed more abrupt. They were already fairly well packaged for the main roster fan base, but now they are definitely characters the WWE just loves to use; cartoony.

That being said, I do enjoy tag team wrestling when it’s done right. Having a complimentary look and tandem movesets definitely gets checked off in the plus column for me. A big brawler and a smaller technical or flyer are also big pluses for me. Don’t get me wrong, this is a gimmick heavy team…but then again the Legion of Doom and Demolition were too and that certainly didn’t stop them.

They are now going to squash Casey Marian & Mike Labaska. Mike looks good, but we see little out of him with Casey taking the majority of the beating.

Tyler Breeze has entered the building.

I can’t defend liking Tyler Breeze, but I do. His gimmick is absolutely ridiculous, but he works it so flawlessly I can’t help but applaud his professionalism.

I’ve never been much of a fan of Summer Rae in general, I don’t think she can wrestle particularly well and her promos leave me with fits of douchechills. She has gotten much better than the used to be, but I prefer wrestlers over models. I loathe the fact that Sasha Banks is stuck in a stable with a gymnast and a model. However, there she will remain until she either gets released or WWE comes up with a gimmick for her that gets over. The BFF’s, despite their best efforts, get no reaction from the smarky NXT crowds and likely wouldn’t spark one on the main roster either.

Emma is a wrestler though. She spent some time in Lance Storm’s school eight months before getting a developmental deal and has been with NXT some time. I’m glad that she’s getting attention on the main roster as Santino’s valet/girlfriend/whatever. She has enough talent to make Summer look good in the ring and does precisely that…despite some painful to watch botches and missed moves. Speaking of botched moves, Summer is whipped into the ropes, bounces off and is tossed into Sasha who then lands on her face on the ramp because Charlotte didn’t catch her.

During the match, Tom Phillips here waxes philosophical on Emma’s #1 contendership, screwing it up completely. Emma was already the #1 contender when she was booked in the dance-off with Summer that started this “feud” which hasn’t gone anywhere frankly.

Devin continues to be seriously awful at her job reacting to another great promo from Breeze.

Cesaro creepily hits on Renee, she and Zayn react so perfectly to it that I actually laughed. I point that out because WWE so rarely accomplishes this on purpose. The segment was done very well and builds some tension for a return match for what most people agree was a match of year for 2013.

Emma can wrestle, but just like her former teacher…the promos tend to be somewhat dry.

I realize this next part is a personal preference thing, but it just sticks out every time I see it…is Neville the only person currently signed by the WWE who doesn’t shave his pits?

Anyway, Neville gets a small pop when he enters while Breeze gets a pop and a “Breeze is Gorgeous” chant from the smarky NXT crowd. I laugh every time he spins around with the duck face. His whole packaging is ludicrous, but he sells it so well that he makes it impossible to hate him.

There is simply no denying that Neville is a very accomplished wrestler, but Breeze will likely get the call up first because he’s a better all-around entertainer. WWE has made it clear that the priority is entertainment, not just wrestling.

Neville and Breeze worked well together and had a great match. There was a very close botch with the powerbomb spot, I won’t lie…I cringed a bit. Afterwards there was an actual botch as Breeze went for a dropkick a little too early, Neville worked the crowd a bit as Breeze got his bearings and then hit the ropes and caught a superkick so they could continue how they’d plotted out the match. Many times when a big botch like that happens in a match, wrestlers find it difficult to get back into the pace. The guys showed their skill though, coming up with a cover spot and then getting right back into the match.

Breeze eats two enziguri’s and NO ONE on the announce team knew what to call it. Neville puts away Breeze with the Red Arrow, a corkscrew 450 splash…not a corkscrew shooting star press Tom you jackass.

Neville gets out a sentence before Dallas’ theme is played so we can see the almost pathologically unpolished NXT title. The fans try to derail Bo with the always amusing “No more Bo” and “BO-ring” chants. To both of their credit, Bo and Adrian got the crowd into their promo by barreling through the distraction and delivering their promo without allowing themselves to be rushed.

Overall I would have to say that this was a fairly mediocre NXT. I generally don’t like squash matches despite understanding their purpose. The women’s match had a lot of moving parts and some cringe-worthy botches. The interview segment was good, but could have been much better. The main event was excellent and the post-match promo was done well to sell the first live event next week. However, the show as a whole didn’t impress me as much as other episodes of NXT have.