Yes, I normally try to keep the wrestling stuff to Monday – but WWE is going to announce this officially on Monday and Rob wanted to give us the exclusive first-look.

Rob Schamberger is a Kansas City-based portrait artist who specializes in the world of professional wrestling. Along with his goal to paint every one of the sport’s world champions, he has also begun a partnership with WWE, who now sell his work. A who’s who of wrestlers own his work, and he has also been named the official artist of the George Tragos/ Lou Thesz Professional Wrestling Hall of Fame. He has painted live for WWE at WrestleMania and SummerSlam, and had the distinct honor of hand-painting the jacket worn by The Ultimate Warrior in his final appearance on Monday Night Raw. He also utilizes the interest in his work to raise money for various charities and causes.

Ready to see his new one? The NWO! 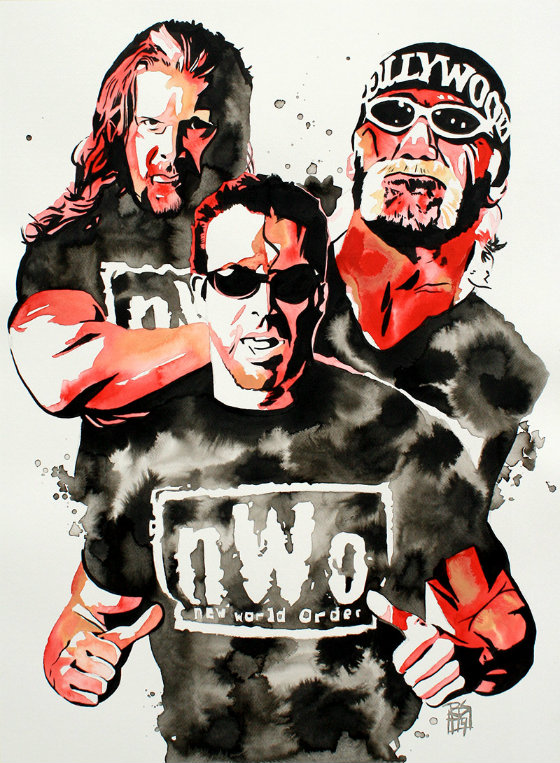 You can find more of Rob’s work at his site, WWE Shop and WWE Auction, and you can watch him paint his portraits every Monday as a part of WWE’s Canvas2Canvas YouTube show.