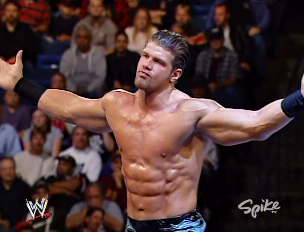 Former WWE Superstar Mark Jindrak, who is now known as Marco Corleone, has published a new column at PWMania.com. Jindrak reveals his Royal Rumble predictions and also talks about his experience competing in the Royal Rumble match. Here is an excerpt from his article:

“My only Royal Rumble that I participated in was in 2005. That was the year Cena and Batista went over at the same time and we were up in the air for a winner. Vince McMahon came out to be the decision maker and in doing so injured himself. It was a really weird situation from where I saw it. It may have been the most controversial finish in the event’s history. So I guess if I were to perform in only one rumble at least it was a memorable one.”

“I entered right in the middle of the pack and I stayed in for a decent while. The advantage I had was my then time partners Luther Reigns and Kurt Angle were in the  rumble too. For that reason if someone was attacking me and trying to throw me out, Luther or Kurt would be there to break it up. On the other hand if I saw them in some danger I would come to their aid. My luck ran out when Kane grabbed ahold of my throat and chucked me over. Five Luther’s couldn’t have helped me in that moment.”

You can read Mark Jindrak’s column, “Marco in Mexico with Mark Jindrak” in its entirety at this link.

Related Itemsmark jindrakroyal rumblewwe
← Previous Story AS I SEE IT: Thoughts on the WWE Royal Rumble
Next Story → Is CM Punk leaving the WWE?