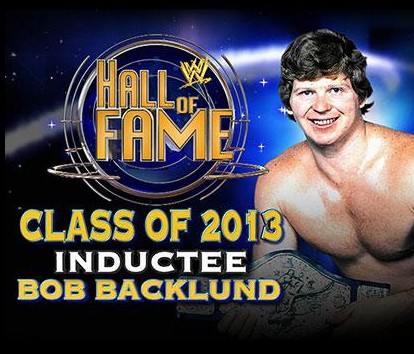 Former WWF champion Bob Backlund‘s autobiography, “The All-American Kid: Lessons and Stories on Life from Wrestling Legend Bob Backlund” will be released on March 4, 2014.  The book will be co-written by Robert H. Miller.

Promotional material for the book that was released reads:

*Bob Backlund began life as a poor farm boy in the little village of Princeton, Minnesota, with a population of just over 2,000 people. He was a below-average student with a lackluster work ethic and a bad attitude, who hung with the wrong crowd and made a lot of bad choices. He was a kid whose life was headed for disaster—until a local coach took interest in him, suggested that he take up amateur wrestling, and offered to work with him if he promised to stay out of trouble.

Less than five years from that day, on February 20, 1978, Backlund would find himself halfway across the country, standing in the middle of the ring at Madison Square Garden with his hand raised in victory as the newly crowned World Wide Wrestling Federation Heavyweight Champion. The man Backlund pinned for the championship that night was none other than Superstar Billy Graham.

With interviews from “Nature Boy” Ric Flair, “Rowdy” Roddy Piper, and The Iron Sheik, as well as Vince McMahon, the president and CEO of the WWE, The All-American Kid tells the incredible story and career of Bob Backlund, one of the most famous wrestlers since the inception of the sport. From his rough upbringing and rise to fame to his failed run for Congress and revived career, Bob Backlund has traveled the world, learning and seeing more than most people will in a lifetime.*

Sports Publishing will be releasing the book.

This OWW Forum thread is located at: