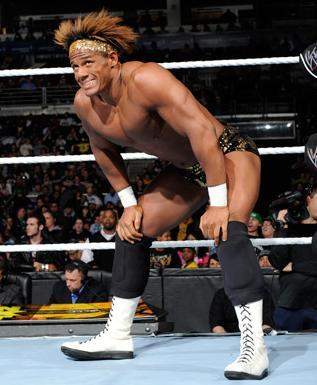 Editor’s note: This column originally appeared on www.prosportsfix.com and was written by Tony Pires.

The views expressed in the following article are those only of Anthony Pires and may not represent the opinions of the staff of prosportsfix.com.

Throughout my time with ProSportsFix, I’ve tried to keep my written articles sports oriented.  My audio shows have been a mix of sports and professional wrestling.  Today, however, those two worlds collided.  And the sports world can learn an awful lot.

World Wrestling Entertainment superstar Darren Young formally came out of the closet and announced that he is gay.  In an amazing turn of events, local meteorologists are predicting that yes, indeed, the sun will rise in the east tomorrow.  Beyond that, however, there is still some unmitigated hope for society.

See, folks, Darren Young is gay, and nobody cares.  Yesterday, he was gay but possibly feared who might care.

Bear in mind I’m not referring to Young’s fellow WWE superstars or his bosses, two of which (Paul “Triple H” Levesque and wife Stephanie McMahon-Levesque) have already tweeted their respect and support.  I’m referring to the general public and the shift over the last decade-plus of the acceptance of homosexuality in society.

Fifty years ago, this could have never happened.  Darren Young, being gay and African-American, would have been shamed by the public, outraged by his “immorality”.  Segregation supporters would have marched the streets declaring the African American race is poisoning the “pure” with their homosexuality.  Fifty years ago, Darren Young would likely have been marked for death, his life ruined, all because of his desire to pursue happiness and live the life he was meant to live.

Had Young began his wrestling career 40 years earlier, he would have been ostracized from locker rooms, blackballed from wrestling and shunned by his peers, the majority of whom loved nothing more than to make jokes about “dem sissies” and physically and mentally torture those who they perceived as weak.  Darren Young would NEVER have an opportunity to live his life on his own terms.

Had Darren Young come out in 1985 as an openly gay athlete, Xenophobia would have done him in.  Society was duped to believe the AIDS virus was only something you could catch from homosexual men.  Action movies were the order of the day.  Stallone, Schwarzenegger, Norris and Segal were the epitome of the “real man”.  A gay man in the 1980s?  Blamed for the new plague and mocked about by comedians, movies and television shows.  (Young’s boss, Vincent McMahon, was not above this kind of mentality at the time himself, serving up Adorable Adrian Adonis for our mocking pleasure)

Why shouldn’t he be?  From now until the time Darren Young returns to dust, he will not be carrying the burden of being afraid to admit who he is.  His best friend and tag team partner, Titus O’Neill, has already pledged his support for his friend.  In fact, on the day of this writing, Darren

Most anyone reading this knows how near and dear professional wrestling is to me.  So it made sense that I was texted and private messaged today from friends wondering if I thought this news will result in a huge push for Young and O’Neill’s tag team.  My answer was simple.

Darren Young and Titus O’Neill do not deserve to be pushed up the card because of Young’s revelation.  Young and O’Neill deserve to be pushed up the card because they are possibly one of the most entertaining acts that WWE has to offer.  Cosmetically, they both look like a million bucks.  On the microphone, I’m having a hard time finding more than a handful of acts that are more entertaining.  Their ring skills?  Very good to bordering on excellent.  Don’t push these men because of Darren Young’s lifestyle.  Promote them because they are worthy.

It was very brave of Jason Collins to come out earlier this year.  The NBA free agent made the cover of Sports Illustrated and bore his soul.  Collins, however, had the luxury of making this decision during a down time.  His season was over and, as an unsigned free agent, did not have to answer to teammates or potentially angry NBA fans.  Darren Young made this announcement during WWE’s second busiest week of the year, Summer Slam week.  On Monday, he will likely appear in front of a sellout crowd and a locker room full of his peers. The crowd will likely cheer him.  Knowing Young and O’Neill’s act, they will likely turn the tables and get the fans booing them, normally as they usually.