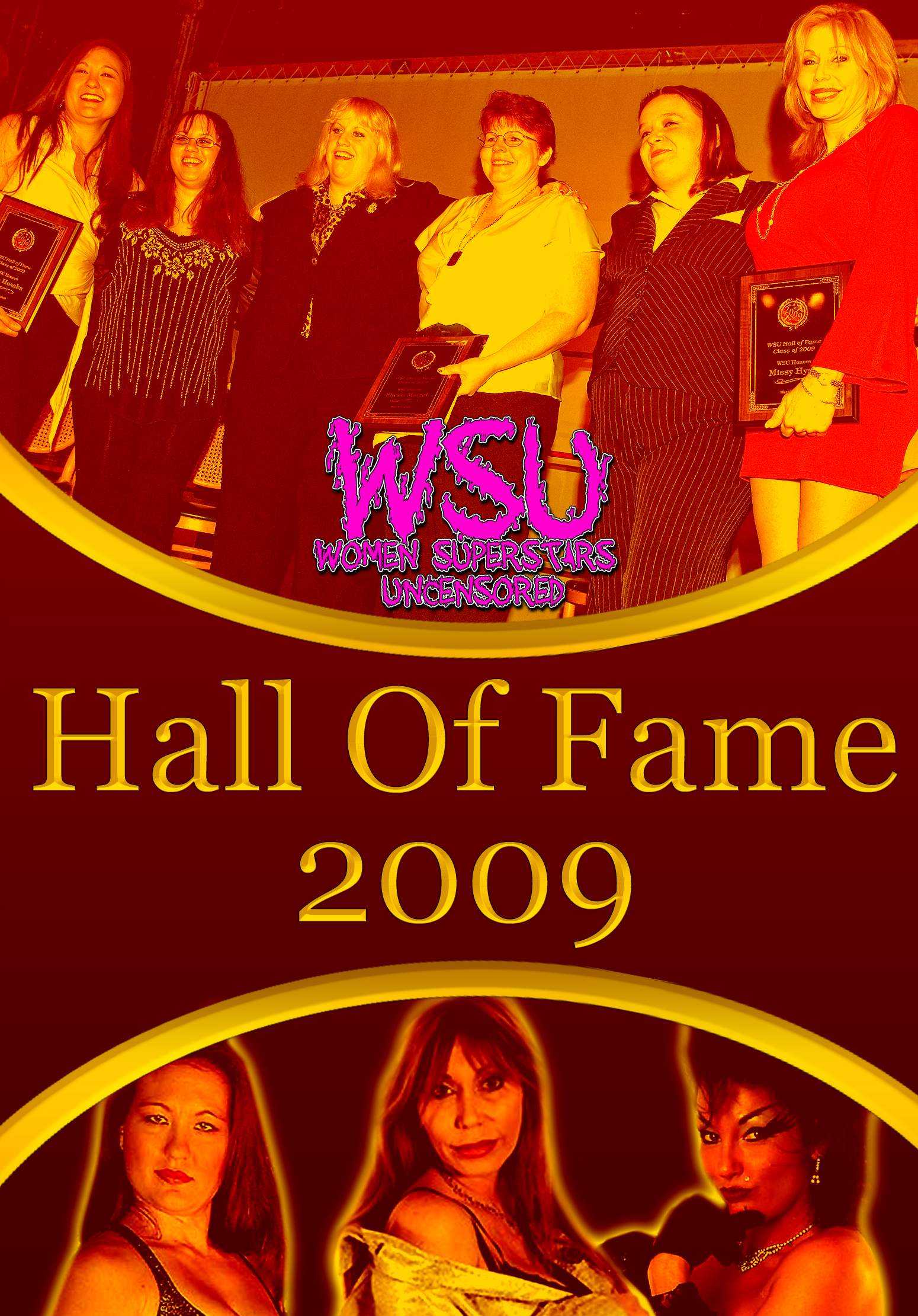 INTRODUCTION: Women Superstars Uncensored has taken a step in the right direction by creating their own Hall of Fame, so they can rightfully pay tribute to those who paved the way for them to do what they love. It’s something that should be done far more often, but unfortunately it never seems to be enough. WSU’s Sean Hanson deserves a lot of praise for going against the grain and doing what’s right.

HALL OF FAME INDUCTION
Malia Hosaka (inducted by Alere Little Feather): If you’ve been keeping up with my WSU and SHIMMER DVD reviews, you know how I feel about Malia Hosaka. I adore and respect her more than just about any other female in the wrestling business. It’s very disappointing that she had the talent to become rich and famous as a pro-wrestler, but for some unknown reason, she did not go that route. Instead, she worked predominantly small crowds throughout her career, and still maintains a passion for her craft to this day. Malia is a true legend, and deserves a spot in any of the Halls of Fame wrestling has to offer.

HALL OF FAME INDUCTION
Sensational Sherri Martel (inducted by Amy Lee): Things got emotional as WSU paid tribute to the Sensational One, Sherri Martel, who was no doubt looking down from heaven with a tear in her eye as her best friend Kathy Fitzpatrick accepted the award in her honor. Fitzpatrick promised to present the plaque to Sherri’s family in Alabama. Sherri Martel spent the majority of her career making fans hate her, but ended up winning their hearts in the end, and sealing the deal when she was inducted into the WWE Hall of Fame about one year before her tragic and premature death on June 15, 2007.

HALL OF FAME INDUCTION
Missy Hyatt (inducted by Missy Sampson): Some people might be aware of my always-changing opinion of Missy Hyatt. Some days I like her, and some days I hate her. I’m sure there are more fans that struggle with their feelings for this woman like I do, but I must admit she is one woman who belongs in the WSU Hall of Fame. She has been everywhere, done everything, and seen it all, having collected memories and knowledge from many of the greatest minds the wrestling business has to offer. Missy is also a big part of WSU’s history, having been a color commentator for most of its existence. Even though she more-often-than-not gets her facts mixed up, she adds her own flavor to an already entertaining product. Welcome Missy Hyatt to the WSU Hall of Fame.

BONUS MATERIAL: Since the Hall of Fame ceremony is only thirty minutes, they included two episodes of WSU WebTV – over 90 minutes of footage covering recent developments in the WSU camp. Episode one has highlights of the epic Steel Cage match between Angel Orsini and Mercedes Martinez for the WSU championship. It also includes a match where the WSU Tag Team titles change hands as Miss April & Brooke Carter won the titles from the Beatdown Betties (Roxxie Cotton & Annie Social) at an NWS event. Viewers were also treated to the following matches from past WSU events: Trixie Lynn vs. Princess Jana, Angel Orsini vs. Kylie Pierce for the WSU championship, and Angel Orsini vs. Miss April also for the WSU championship. Episode two had a replay of the Angel vs. April match. Someone should have caught that in production.