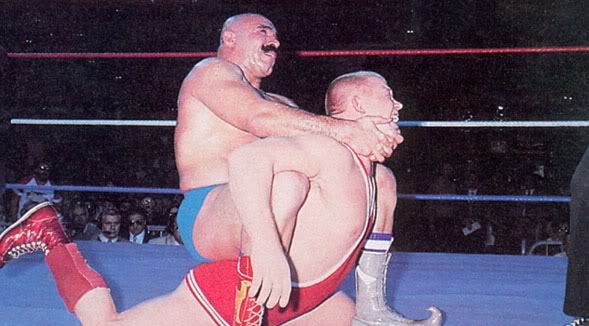 The National Wrestling Hall of Fame Dan Gable Museum is offering a historic opportunity to witness two professional wrestling icons being interviewed live for a podcast.  The Iron Sheik and Bob Backlund will part of this remarkable podcast on Friday, July 22 at 2:30 p.m. at the Five Sullivan Brothers Convention Center. Cost to enter the podcast is $20.  Backlund and Sheik will be inducted into the George Tragos/Lou Thesz Professional Wrestling Hall of Fame along with Joe Blanchard (Tully Blanchard accepting), Chael Sonnen (George Tragos Award), JJ Dillon (Lou Thesz World Heavyweight Championship Award), and Dave Meltzer (Jim Melby Award) on Saturday, July 23 at 6 p.m. Banquet tickets are $60 each.  Contact the National Wrestling Hall of Fame Dan Gable Museum at (319) 233-0745 or [email protected] to order tickets.

The Iron Sheik and Bob Backlund are this year’s living inductees into the George Tragos/Lou Thesz Professional Wrestling Hall of Fame. The Iron Sheik defeated Backlund on Dec. 26, 1984, in a match that changed professional wrestling history. Backlund held the WWE heavyweight championship from February of 1978 through December of 1983, which is the second longest title reign in WWE history.  Due to a scheduling conflict Jim Ross is unable to host the podcast. Wade Keller, 2015 winner of the Jim Melby Award and owner of Pro Wrestling Torch, will host the podcast in Ross’s absence.

The full schedule of events can be found by clicking here.