Home / Womens Wrestling / Kaitlyn talks about her departure from WWE

Kaitlyn talks about her departure from WWE 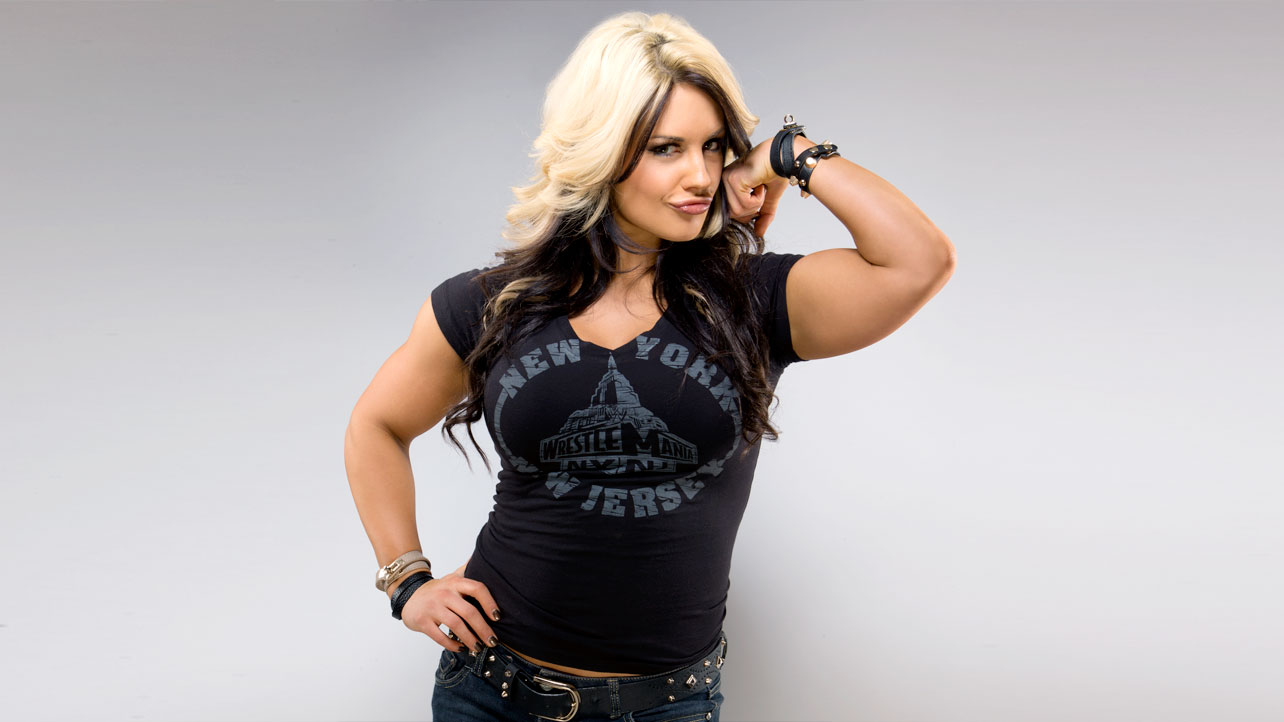 By Aaron Oster The Baltimore Sun:

Celeste Bonin, formerly known as Kaitlyn in WWE, is making an appearance at Maryland Championship Wrestling’s Shane Shamrock Memorial Cup 14 on Saturday night in Joppa. I had a chance to talk to her about her departure from the WWE in January, her thoughts on the WWE divas division, why Baltimore is a memorable city for her and more.

Ring Posts: You left the WWE in January. What has your life been like for the past six months?

Celeste Bonin: When I retired, it was a bit of a last-minute decision. I had been thinking about it for a while because there was a lot of things happening in my life and it was a transitional time for me. I had just gotten engaged, and I wanted to plan my wedding. I also had this project on the backburner, with this business site, that I wanted to wait to start until I retired from WWE. When I made the decision, rather quickly, to leave the WWE, I went full throttle into making my business work, while also planning a wedding. So it’s been pretty hectic.

You say your decision to leave WWE was a last-minute decision. Was it a situation where you had thought about it for a while, and just the timing was last-minute, or was it more of a spur-of-the-moment decision based on feel?

It was a little bit of both, actually. I had a great run. I was with the WWE for three-and-a-half years, and most of that time I was on the road. I didn’t spend very much time in the developmental program because I was in the right place at the right time.

I got called up to NXT, when it was a reality-based competition show, in the first few weeks I was there because they needed a last-minute replacement for someone. I had no wrestling experience at the time, I didn’t know the difference between a headlock and an arm drag (laughs). I just got put in this position to be in the spotlight. It was a do or die moment. Ever since I was put on TV and made it to the main roster, I spent my entire career on the road and didn’t spend any time in the developmental program. There were a lot of ups and downs.

For the first year-and-a-half, it was really hard for me. Being in the WWE is hard in general because there’s so much travel and there’s a lot of physical and emotional stress. It’s a tough business. So for the first year-and-a-half, I was questioning if I had made the right decision [to join the company]. I wasn’t on TV a lot, I didn’t really have a character, and I was just in the background. During that time, I was traveling every week with the main roster, but I wasn’t in the spotlight at all. When I first had a chance to make an impression and earn my spot, I did.

After that it skyrocketed. I became champ and had awesome storylines with Eve and AJ and it was awesome. And during that time, even though I was on screen a lot, and had a lot going on, it was still very tough. There are a lot of peaks and valleys, and once I lost the title, I was back in the background, which was fine, we all have our turns. But there was other things brewing. I had recently gotten engaged, and there were other things I wanted to pursue. So it was all these things happening at once, not being in a storyline at the time, and not being able to spend time with my fiance, and feeling like I had more to offer. So it all came to a head in January. I kind of wanted to plan it out when I wanted to leave the company and start the next chapter with my new business, but I had a really rough week.

It’s funny that this appearance is in Baltimore because I actually asked for my release in Baltimore. Actually, I also debuted there. I had a really hard travel day to get to RAW in Baltimore. There were bad storms and snow, and had a horrible day where I had to get up at 4 a.m., and then I got stuck in Miami airport, and stuck in another airport. It was truly, truly hectic. I went through all that, and finally got to RAW, and then I looked and I wasn’t even booked for the show. I got to the building, and thought “Hey, this is where I debuted, how cool is this?” And it felt very right to end my WWE journey right there where it started. And it’s cool that this appearance is in Baltimore, because this is going to be my last wrestling-related appearance for a long time.

So this is it for you when it comes to wrestling, at least for a while?

I mean, I love meeting my fans, and I love doing stuff like this. But right now, it’s such a hectic time for me. I just launched my business a few weeks ago, I just got married and we haven’t even had time to take a honeymoon yet. There’s so many things I want to focus on. Traveling and doing these appearances are really hard at this point. At this time, this is the last appearance I have scheduled, so this is very meaningful to me. I won’t say that I’ll never do another one again, but for right now, this is the last one for probably a long time.

Do you still watch WWE at all?

Not regularly. I still do sometimes because I have friends there that I’m close with. I do enjoy it, I love wrestling. I’m not really focused in, or watch it every week. Maybe I will have a chance to get back into it, but I have so much going on. I will watch it occasionally though to watch my friends and those I’ve been friends with for a long time.

When you left back in January, the divas division was going through a bit of a lull. The belt was being defended, but outside of that, and the Total Divas show, the divas weren’t getting a whole lot of screen time, especially on Pay-Per-Views. Now it seems like there’s a new priority on divas, as there are three fairly prominent divas storylines happening on the main roster right now, and people are raving about the divas matches down in NXT as well. If this had been going on back in January, do you think you would have left?

That’s a really hard question. I might have stayed a little bit longer, possibly. I just reached the point where I had done a lot of cool stuff in the WWE and traveled the world and I had the title, and I think I did some really great stuff. It wasn’t a super-hard decision to step back and leave. I can’t really go back and say I would’ve stayed longer. But it’s possible. I guess it depends on what was going on at the time, especially if there were more opportunities for more storylines like there are now. But I guess what I’m saying is that I don’t regret leaving, because I love my life. I love everything that I have going on right now.

It does make me happy to see all the girls really getting a chance to show their talent and abilities and personalities. It makes me proud to see that they’re getting a good opportunity.

People typically refer to the era with Trish Stratus, Lita, Mickie James and the rest as the golden age of women’s wrestling. Knowing the talent that’s in the company right now, like AJ and Natalya and the new divas like Paige and Charlotte, do you think we could be entering another renaissance of women’s wrestling?

Absolutely we could be. The talent is definitely there. There’s a lot of things that affect what happens on TV. It’s talent and it’s timing and storyline ideas. It’s also up to each individual woman there to make it happen for themselves. Nothing really happens for you or by chance. You really have to have a really driven and positive attitude. You have to be willing to do whatever, even if it’s not your time to shine. If it means helping another diva get her chance, you need to do it, it’s all about your attitude. There’s definitely talent there, and the right girls are there, and if they get the opportunity, the stars could align and we could see another great era happen again.

What’s it been like to step away from the ring after that stretch and transition into something completely different in owning your own business?

I was very overwhelmed for a few months, because it was hard to adjust to actually being home and not having to travel constantly. It was a very hard adjustment. So I was going through that. I was also planning my wedding. I really only gave myself five months to plan the whole thing. I live in Florida, and I planned my wedding in Stamford because my husband’s family is all in Connecticut. So that made things 10 times harder for me, trying to plan an out-of-state wedding.

Related ItemskaitlynMCWwwe
← Previous Story Why do we love women’s wrestling?
Next Story → Jenny Rose on the Super 8 ChickFight Tournament, Wrestling in Japan