Home / Indies / Kaval coming out of retirement to fight the ECW Champion Rhino on June 7, 2014

Kaval coming out of retirement to fight the ECW Champion Rhino on June 7, 2014 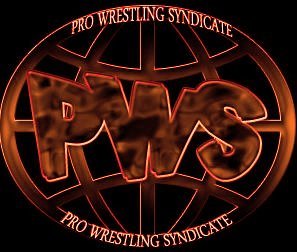 Pro Wrestling Syndicate presents Super Card 2014 on Saturday night June 7th in Rahway NJ.  PWS has just announced that former WWE star Kaval, best known on the indies and around the world as Low Ki is coming out of retirement to battle Rhino for the first time ever in an advertised singles match.

Autograph signing at 6pm with live action at 8pm.  PWS’ Super Card last year was span over the course of two nights drawing 1,014 and 1,452 respectively.  This year PWS’ annual big event is a one night only show and potentially could be the top drawing independent event of the year.   Front row is already sold out.  Tickets are available at www.ProWrestlingSyndicate.com starting at just $20.  All ringside ticket holders also receive a free gift as outlined on their site.

Prior to June 7th PWS has the following events lined up.

Sunday afternoon April 13th PWS will be honoring Scott Epstein with a special memorial event at The Garfield Boys & Girls Club on 490 Midland Ave in Garfield NJ .  All proceeds from the event will be donated to The Epstein family live at the event.  Scott had been involved in wrestling for decades and was a great friend of PWS’.  The goal of the event is to raise enough money where PWS can reimburse Scott’s family for his untimely funeral costs.  Talent appearing at the event includes Rocky Johnson, Ivan Koloff, Tommy Dreamer, Nicole Bass, Kevin Matthews, Starman, and lots more.   Live action includes some first time ever match ups such as Tony Atlas whom will be reviving his Black Superman persona to take on Bill Irwin whom will be reviving his Goon persona , as well as PWS Champion Bonesaw taking on Black Machismo Jay Lethal.   The event is free to attend, PWS is not selling tickets, however there is a suggested $20 donation at the door. 11am autograph signing, 12 noon live wrestling.  The event will be hosted by legendary wrestling journalist Bill Apter.

And on Sat May 17th,  PWS Refuse To Lose 2014 featuring the PWS debut of Jeff Jarrett who takes on 3 Time PWS Champion Kevin Matthews.

For all things PWS  –   www.ProWrestlingSyndicate.com