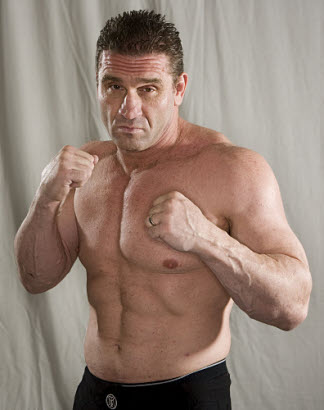 Ken Shamrock did a follow up exclusive interview for WGD Weekly with Steve and the Scum and the UFC Hall of famer and former Intercontinental Champion spoke candidly on a variety of topics involving his recent talks of a comeback to professional wrestling and his red hot social media war with UFC head honcho, Dana White.

Hear the interview in its entirety here:

When speaking on this exclusive special edition of WGD Weekly with Steve and the Scum, Shamrock shockingly spoke on the following points:

Why he feels he has “heat” with Triple H: “…I’d like to clarify that…there was a guy named Mark Henry, a strong man. He was in the locker room and there were a few guys involved. Hunter was one of them that put shit in his sandwich and I told him. So, I think Hunter didn’t like me for that and I think Hunter didn’t like me for the fact that when I first came in Vince put me over on him…I was truly understanding that I was the new guy coming in and I hadn’t put in my dues and I was getting a push…but I was doing what I was asked to do…I think Hunter had a real hard time dealing with that especially with me being a real bad ass otherwise and there’s nothing he could do about it.. then opening my mouth to protect another human being…I think there is ribbing and there is having fun and then there is things where you cross over the line…and so I said something…”

Why he feels he has been “blackballed” by WWE: “…I had put out my feelers, I had actually talked to Shane McMahon, he put a call in…I thought I had a pretty intricate part in changing the face of wrestling when I was able to ref the match with Bret hart and Stone Cold, it changed the face of wrestling. I was in all the Pay Per Views and all the house shows…and I thought I made a pretty good impact and helped change pro wrestling, not by myself, but definitely I was a part of it in the Attitude Era…there is no recognition towards me or about me and I’m kind of disappointed…”

If there is money to be made in a WWE return: “…Only if WWE…being Hunter, only if these guys would open their eyes and stop being prima donnas and stop flipping their hair back, oh, he cut his off, he can’t flip it back any more…stop looking in the mirror all the time, trying to make sure their makeup is on straight and start bringing in some guys like myself who don’t worry about what they look like, they only worry about what they look like when they are beating on somebody…”

Reaching out to TNA and Jeff Jarrett or Dixie Carter: “…I haven’t reached out to Jeff, I know Jeff had reached out and asked if I needed help with my Twitter and trying to get it verified…”

Tito Ortiz- “…Tito beat me three times already, so…for me to get a rematch with him in pro wrestling…it would be fun…”

Kurt Angle– “…talking about Kurt Angle, the one thing I would love to have with him is an “Ankle Lock Match,” where as you can’t win any other way before you put an ankle lock on one or the other…let’s find out who is the real master of the leg locks. Who can put an ankle lock on the other one and make them tap out. Then we’ll truly know who does it best…”

Possibility of working for Ring of Honor: “…Ring of Honor is extreme…probably one of my favorite matches I ever saw…I don’t remember the name of the guys, but it was unbelievable…it was almost like Stone Cold and Bret Hart when they had their I Quit match…they were just non-stop…and I’ve seen other guys in there and I was like, ‘these guys have something special if they can just get this out there…it was a different brand…it was more like in Japan where they had catch as catch can…I was really intrigued by that…with my schedule now…I have opportunities to move things around and do what I want to do…I’m definitely open to any of those options…I really would love to have the opportunity…”

Dana White disrespecting UFC legends: “…I’m a world champion, proven, Randy Couture is a proven world champion, Tito, my brother…and yet Dana White stands up there and calls them these names? What kind of person does that? Oh yeah, that’s right, those are those keyboard warriors…and Dana White is one of them…Dana White hides behind a microphone and behind a TV camera and spouts off and calls people names because he doesn’t like their opinion…”

Being ‘blackballed’ from UFC: “ …I feel for the guys in UFC who helped open the UFC up, obviously I’m getting blackballed there by the UFC…so I’m kind of feeling…on both sides…if a promotion or somebody in that promotion decides they don’t like an individual, then they get to make up the rules and the fans don’t get a say in it at all…the people that either one, don’t like me, or have a problem with me feel that they don’t have to listen to the fans and the fans don’t have a say, so they just have to shut up and keep paying for their tickets

Not getting respect for his UFC legacy: “…when it comes to UFC, the twenty year anniversary is coming up and not one mention from the UFC, which, I made them millions of dollars, I saved their ass from closing the doors twice and yet there is no respect being paid in this direction other than threatening me…”

This is just a small part of this fantastic and emotional interview with Ken on WGD Weekly with Steve and the Scum, as he goes much further into detail on each of these hot button topics in addition to ending the interview with a heartfelt message to his fans from the worlds of both  MMA and professional wrestling. WGD Weekly is proud to be the first to bring these views from Ken to the world and this is an interview that you certainly do not want to miss on the heels of his first interview just a few weeks back with Steve and the Scum where he relives his entire career and dropped the groundwork for this great follow up interview.

WGD Weekly with Steve and the Scum presents new material every Sunday, where they sit down with a different figure from the “glory days” of wrestling. All of the past shows, as well as their new ones when they debut are available at WGD Weekly’s Facebook page that can be viewed here: https://www.facebook.com/WGDWeekly. All of their shows are also available on their YouTube channel and iTunes.