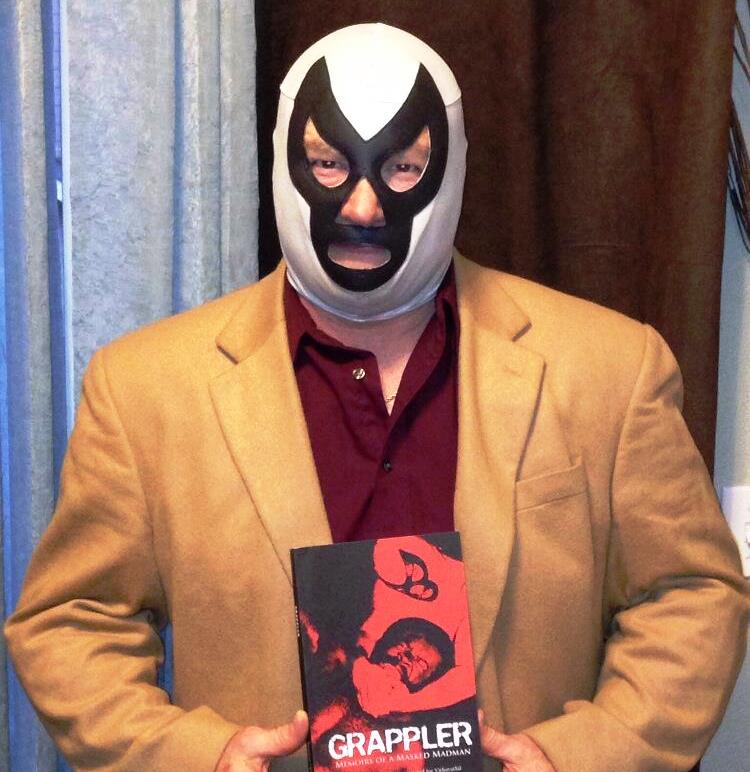 GRAPPLER: MEMOIRS OF A MASKED MADMAN

He defeated Andre the Giant in the New Orleans Superdome and helped Jake “The Snake” Roberts invent the DDT. He tutored The Ultimate Warrior and strangled Bret Hart with a dead chicken. This is the true story of pro wrestling’s overlooked legend.

From Denton’s humble beginnings in a Texas dance hall, to the bright lights of the “Monday Night Wars”, this is the story of one man chasing his dream through 35 years of wrestling history. With a foreword from WWE legend “Rowdy” Roddy Piper, GRAPPLER is a must have for any fan who wants to learn about the unsung heroes of professional wrestling. This humorous and heartfelt autobiography is proof that not every legend wears a Hall of Fame ring.

GRAPPLER goes on sale August 13, 2014 at grapplerbook.com and visitors to the site can also sample excerpts from the book. GRAPPLER will be available in traditional print and also as a Kindle ebook.