Home / Podcasts / Matt Hardy on Between The Ropes Radio

Matt Hardy on Between The Ropes Radio 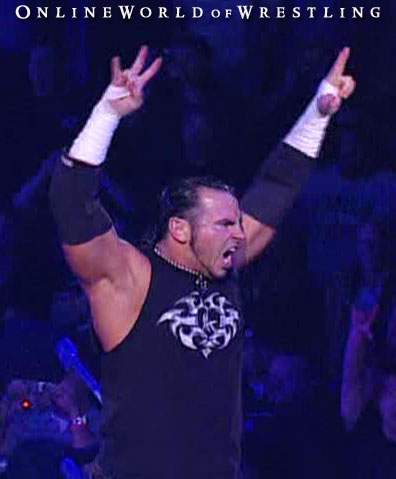 This week Between The Ropes host Brian Fritz was able to talk with WWE Superstar Matt Hardy about his boxing match with Evander Holyfield, the direction of his singles career, and much more in an interview posted exclusively on BetweenTheRopes.com

The interview started with some discussion of Matt’s boxing match against Evander Holyfield.Â  Matt discussed how he wound up in the fight and said that it was “the most intimidating situation he’s been in.”

Regarding the series of challenges that he and MVP have done before their match at Summerslam Matt joke that he would like a horseshoes showdown against MVP.Â Â  He then said “come hell or high water I’m going to leave (Summerslam) with the U.S. Title.”Â

The discussion then turned to how Matt see the direction of his career.Â  “I feel like I’m at a great place.Â Â  Smackdown has really been plagued by injuries over the course of the summer and I feel like it has given me an opportunity to step up.Â  Almost every week I’ve been in a 20 minute match, and while I am working against MVP a lot of people have perceived me as the MVP of Smackdown recentlyâ€¦I’m excited to have that chance and have tried to make the most of it.”Â Â

Asked about the great reaction that he and his brother Jeff get from the fans Matt said “I think the people respect us.Â Â  Wrestling fans are really loyal, they remember all the ladder matches, table matches, the TLC matches, and all the things we’ve put our bodies through.Â  We’ve given them everything from our bodies and souls to entertain them and they remember that and respect that.”Â Â  Matt also said he is able to connect with the fans since he a blue collar kind of guy that has had to work to get where he is.Â

On whether he would have liked to continue tagging with his brother as he had earlier in the year Matt said he would “rather continue down the singles path.Â Â  As a tag team we’ve been seven time world tag team champs, we’ve been in every type of tag match you can do, and it’s always something I’ll want to come back to, but we’ve done it all there.Â Â  As a singles competitor I haven’t done it all and that’s what I want to do.Â

Looking back at the Edge and Lita situation from a couple of years ago Matt said that he is “way past that.”Â  He said that it was a tough situation losing a relationship, a friend, and a job, but he didn’t let it hang him up and he doesn’t harbor any resentment toward anyone.Â  Matt also admitted that he was “very close” to not returning to the WWE, but that in the end things turned out well.Â Â

The interview concluded with Matt being asked about his thoughts on the current tag team division.Â  “It’s tough, just because tag team wrestling isn’t something that is a priority in the WWE.Â Â  One thing that I tell the guys they shouldâ€¦do is for each member to find their own identityâ€¦They should really try and single out personality traits within the persona and still have something for the team.”Â Â  Matt also concluded that “a lot of the guys are newer and don’t have a lot of experience, so they’re learning on the job and that’s what I think slows a lot of the newer tag teams down.”

To listen to the entire Matt Hardy interview, including how he feels about having his brother back with the company and his thoughts on an upcoming documentary on his OMEGA wrestling promotion visit the show online at www.BetweenTheRopes.com.