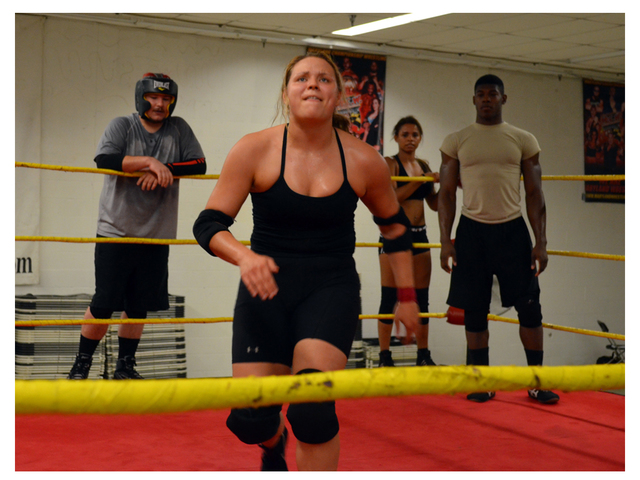 In past generations, those wishing to break into professional wrestling were put through a severe initiation process.

Longtime Maryland promoter, wrestler and trainer Dan McDevitt said it wasn’t unusual for students to hand over a large sum of money only to be run to the point of vomiting or passing out.

Some teachers were so intent on weeding out potential weak links that they would intentionally injure their students. Even the most successful wrestlers were not immune to the punishment to test their dedication.

“When Hulk Hogan first decided to get into wrestling, his trainers wanted to hurt him and broke his leg in the process,” McDevitt said. “When he came back after that, they knew he was for real. That approach just wouldn’t fly today.”

McDevitt said the methods of the past would not work today for many reasons. He added that instructors back then were very protective of the secrets of professional wrestling and only wanted to let a select few into the business.

“Back in the day, those in the wrestling business did all they could to ensure secrecy and to protect their spots in their respective territories,” McDevitt said. “Now, how the industry operates is more well-known and in the open.”

McDevitt said having been involved in professional wrestling for 20 years, he was alarmed by what he is seeing from many of today’s in-ring performers.

McDevitt said with the proliferation of local independent wrestling promotions, he was seeing more and more wrestlers who were ill-prepared to enter the ring, leading to poor matches and injuries that could have been avoided.

“There are people who think that just because they wrestled a few matches and set up a ring in a gym that they are qualified to open a wrestling school,” McDevitt said. “That is not the case and there are people that are just turning over hard-earned money and getting nothing out of it.”

This led McDevitt, owner of Maryland Championship Wrestling, to open the MCW Pro Wrestling Training Center last month. McDevitt has a long track record of training pro wrestlers that have gone on to perform in WWE, including Mickie James and Amy Dumas (aka Lita), the latter of which was inducted into the WWE Hall of Fame this year. Dumas thanked McDevitt in her acceptance speech, which was viewed by millions.

Another one of McDevitt’s early students was Pat Brink.

The 33-year-old Howard County native went on to wrestle for MCW before being signed in 2008 to a WWE developmental deal. He would spend much of the next four years on the cusp of making the main roster before injuries and several deaths to members of his family halted his ascension.

Brink was out of wrestling in 2012 when McDevitt approached him about being his lead instructor. Brink jumped at the opportunity to give back to the industry.

“I’ve always respected the industry, especially those that came before me,” Brink said. “I’ve acquired so much knowledge and I feel an obligation to teach others the proper way to break into the business and avoid some of the pitfalls I encountered.”

Brink said while the training today is intense, it is nowhere near as brutal as it was in generations past.

“To me, the ring is the great equalizer,” Brink said. “It is unforgiving and people will get hurt. It’s not for everyone. But, if you come here and pay your hard-earned money to learn, I will do everything to help you succeed. If you fail, I’ve failed as well.”

Devon Hughes is among those that believe Brink will be a successful teacher.

“Pat was good when he got to us, but knew he needed that extra help to become a finished product and reach the highest levels,” said Hughes, who will also be wrestling at MCW’s Shane Shamrock Cup event set for July 19 in Joppa. “He understands how to get the most out of wrestlers, and I know he will go on to be a great teacher.”