I GOTTA SAY THIS 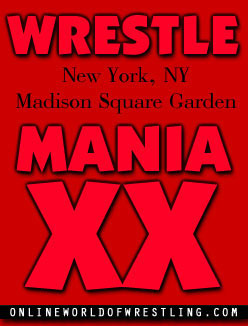 This time of year, every wrestling fan (or mark, let’s face it we’re all marks) has their opinions on what SHOULD happen in the upcoming new year in the wrestling world. Every single fan thinks they have the answer to each and every problem plaguing the industry. I’m not going to say I could fix all the problems, but I have a few suggestions that might lead to a more entertaining 365 days. The dawn of every wrestling new year is flooded with discussions of one event–Wrestlemania! More so this year than any other year in history, because this year’s Wrestlemania is a milestone, the 20th installment of the event where miracles happen, and moments are etched in the annals of time (yeah I pay too much attention to advertisements).

The independent circuit finished 2003 with a massive bang and is hotter than ever with the spectacular Cage of Death V show and possibly the greatest Indy event of all time, Ring of Honor teaming up with All Japan to promote Final Battle 2003.

Agree if you will, disagree if you must, but for the love of God, edit your comments before you send them in!

WRESTLEMANIA XX: There are a few very specific things Vince McMahon has to do to pull of what he proclaims will be the greatest wrestling event of all time. First and foremost, the WWE simply MUST honor its past, and I mean widespread appreciation not just a lame fan-fest confined to those who make the trip to New York City with too much money in their pocket! There also must be a legitimate legends ceremony, with invited guests from early Wrestlemania spectaculars. No doubt the regulars (Moolah, Mae, Patterson, Brisco, Slaughter, Snuka, Hillbilly etc etc) will be there, but how about some fresh faces. I’d like to see Buddy Rose make an appearance! The first man to ever have his shoulder’s pinned at a Wrestlemania! Or Special Delivery Jones! The man who was beaten in 9 seconds at Mania I! What about Paul Orndorff, Wendy Richter, Don Muraco, Bob Orton, Hercules, King Kong Bundy, Harley Race, Rick Martel, Tito Santana, The Rougeau Brothers, Koko B. Ware, The Killer Bees, Ted DiBiase, The Bushwhackers, and ESPECIALLY Bobby “The Brain” Heenan. I have no interest whatsoever in seeing Hulk Hogan or Roddy Piper but I bet at least one of them will be there. There should also be a lengthy segment or video package on wrestlers who have died, like Rick Rude, Curt Hennig, Andre the Giant, Adrian Adonis, Uncle Elmer and the list goes on and on.

WRESTLEMANIA XX POSSIBILITIES: Everyone’s been talking about possible matches at the so-called “Biggest Wrestling Event Ever” and there’s one that nobody has suggested that I think would be great. As of right now, they seems to be leading to a Randy Orton vs. Mick Foley showdown at some point, well I say do it at Royal Rumble and have Randy Orton take down Mick Foley and have the Rock come out to save Mick Foley, leading to a battle or third generation superstars at Wrestlemania with Randy Orton against The Rock! Ego vs. Ego! I like it, what about you?

Another special attraction that has been tossed around is a legends match between Ric Flair & Ricky Steamboat. It seems the rumor was squashed about 24 hours after it was unleashed on the Internet. I would love to see it, and I think those two guys could work a safe and entertaining match-up with each other if allowed. Another match that has been discussed (by marks) is Hulk Hogan vs. Randy Savage, which if delivered, could possibly double the buy rate of the pay per view by itself due to the 80s-nostalgia demographic, but could stink up the show with a horrible match. I’d be a liar if I didn’t say my inner child wants to see this match! 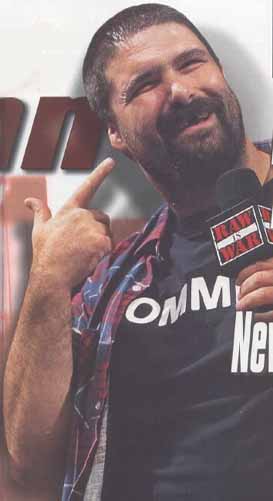 As for current roster pairings, I’d like to see a battle royal to let the wrestlers who are left off the card work the show. Perhaps do it on Sunday Night Heat with the winner getting a match against a mystery wrestler on the Wrestlemania XX card, and the mystery wrestler would be umm, Edge! They’re likely aiming to put Brock Lesnar & Chris Benoit together for the WWE title, the build-up for that match has already begun and it somewhat resembles the build up for Angle/Lesnar last year. It’s not completely obvious yet, but I think they’re starting to build up a showdown between Steve Austin & Chris Jericho, they’ve had multiple classic matches in the past and Jericho can physically take care of Steve Austin in the ring. Jericho WAS the one who got the ball rolling on Steve Austin’s resignation. Triple H was very generous last year when he gave Booker T a World title shot, and I think he’ll do it again this year and finally give Rob Van Dam his shot at a big event, but will bury RVD in the end, just like he did to Booker last year. Shawn Michaels is another wild card, who I would probably put up against Ric Flair, if the Ricky Steamboat thing doesn’t come to fruition, otherwise, put Shawn Michaels up against Matt Hardy, who would be Intercontinental Champion by then, in an action packed Ladder match! Matt Morgan is a breakout star waiting to happen, I’d like to see him going one-on-one with someone his own size, or bigger, like maybe The Big Show, and just to make it interesting, let’s make it a “BodySlam” challenge to pay tribute to Andre The Giant & Big John Studd. Shannon Moore should logically be in line for a Cruiserweight title shot by then and I’d like to see him win the title in an elimination match between Tajiri, Jamie Noble, Rey Mysterio.. Throw another cruiserweight match on the card with Akio & Sakoda battling Spanky & Paul London in a “no limits” match and just let them cut loose.. It looks as though it will be Uncle vs. Nephew at Wrestlemania when Eddie Guerrero takes on his nephew Chavo Guerrero, to enhance the psychological factor in this match, I’m adding chain match stipulations. Considering the participants, these two guys could steal the show with a well-developed storyline. Okay here’s my line-up: