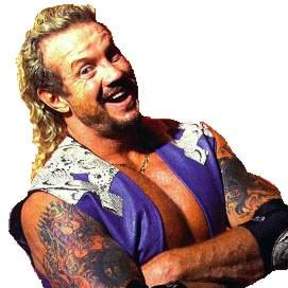 Diamond Dallas Page recently spoke with Steve and the Scum on WGD Weekly, while he was in Orlando, on a visit to the WWE Performance Center and preparing to work with the up and coming NXT talent.

DDP spoke candidly with Steve and the Scum in a half hour interview that can be heard in its entirety here:

During this interview, the former 3-Time WCW Champions talks about a variety of issues including:

Jake Roberts or Scott Hall being in the 2014 Royal Rumble: “…I have no idea, and I know better than to have an idea. I can hope, like any other fan out there. I would love to see them do something that would pop the crowd like crazy, but you know, you never know…”

Whether Roberts or Hall would be physically ready to compete in the Rumble: “ I don’t know about Scott. I don’t know that you’ll ever see Scott back in the ring. He’s smarter than the average bear when it comes to that…He is getting his body back…Scott has taken a shit load of bumps, he has been blessed with a new hip and no pain and that hip was like torture…so I don’t know if he is gonna risk that…Jake, on the other hand, Jake could go in the Royal Rumble and go 20 minutes. He would probably be crippled afterward, but he’ll do it. You have to remember what animal you’re talking about here…He is 58, I’m 57, I wouldn’t do what he does…

Current stars Chris Jericho, Ryback, and Dustin Rhodes using DDP Yoga: “…When you get to Jericho, you get to be 40 and think you’re career is over like I did. All of a sudden, you find DDP Yoga and he’s addicted to it, it’s the only workout he does. All of a sudden he is back to making a million dollars a year in the ring and kicking ass with his band on the road, he couldn’t do either before DDP Yoga and he’ll be the first to tell you. Ryback, same thing, he rehabbed his body with DDP Yoga, and still does it religiously, Dustin Rhodes does it religiously…”

Meeting Jake Roberts and how Jake helped his career: “…I met Jake Roberts in 1986. He came into my nightclub in 1986 and I was a big fan of his…When I got into wrestling, I didn’t see him for a while…I had been down at the Power Plant for about two to three months and Jake Roberts had just signed with WCW…He saw me and we started talking…we just bonded. I got to do some road shows with him, be his driver, and learn from him. Then, I tor my rotator cuff…and they fired me. I hadn’t seen Jake in about five months…he called me up to see how I was doing. He let me know that he and his wife were split up again, so I asked my wife if he could move in, so, that was the first time Jake lived with me, that was in 1993, about 20 years ago…I was so excited to get the arm band off my rotator cuff so Jake could get in the ring with me and teach me. His feelings were that, you are gonna learn more from me sitting on the couch going over your matches than you ever will from going in the ring…you just need to learn when, why, and how to get the people involved. Over the next few years, I’d bring my matches to him and he’d critique them for me and he was a big part…I always say without Dusty Rhodes, there is no “Diamond” Dallas Page, but without Jake Roberts, there is no DDP, the main eventer…He helped me out a lot…I made a lot of money because of what he taught me. I got to live the dream on a whole different level…”

Creating what would become the Razor Ramon gimmick for Scott Hall: “…I created that whole gimmick. The black hair, the brushed back cut, five o’clock shadow, all mine, and he’ll be the first to tell you…took him from a blond, brownish hair with a big mustache and turned him into what would become best known as Razor Ramon, but it was the Diamond Studd before it was Razor Ramon…”

DDP speaks on all of these items in much greater detail and touches on many other subjects during his appearance on WGD Weekly, as he also talks about, the WWE Performance Center, working with the NXT talent, the origins of DDP Yoga, discovering yoga when he was believed to have a career ending injury at 40 years old, learning the art of broadcasting from Gordon Solie, trying out as a broadcaster for WWE in the late 1980’s, the progress and stories behind Jake Roberts and Scott Hall coming to his accountability crib and the progress each has made, Jake and Scott’s reuniting with their children, and so much more. This is the first in a two part interview with DDP, with the second episode to be recorded and release by WGD Weekly in the very near future.