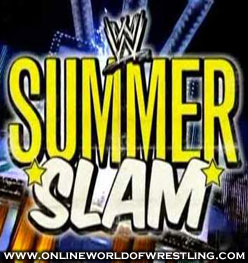 WWE INTERCONTINENTAL TITLE MATCH
WWE Intercontinental champion Dolph Ziggler w/Vickie Guerrero vs. Kofi Kingston ended in a No Contest: Vickie Guerrero came out and did her “EXCUSE ME” gimmick and got heavily booed for being lame (but WWE considers that good heat). They had a decent match going until the Nexus showed up unexpectedly and destroyed both wrestlers! Actually they knocked Ziggler out of the ring and assaulted Kofi Kingston Nexus-style.

IN THE RING
The Nexus (Wade Barrett & Heath Slater & Justin Gabriel & Darren Young & Michael Tarver & Skip Sheffield & David Otunga): Wade Barrett said that was a little taste of what they had in store for Team WWE tonight. Barrett said Team WWE was looking for a 7th member, but it won’t make a difference because the team is so divided they won’t be able to get together long enough to form a cohesive unit. Barrett said they were the most destructive unit in the history of the WWE because they are united behind a common purpose. Barrett said they wanted to let the WWE Universe know that you’re either Nexus, or you’re against us.

BACKSTAGE SEGMENT
Chris Jericho & Mike “The Miz” Mizanin + Edge: The Miz was sitting there wearing a suit and stroking his Money in the Bank briefcase while Jericho pointed out what the Nexus just did in the ring. Jericho said they needed the Miz on their team and kissed his ass a little bit. The camera panned out and we saw Edge sitting there snapping into a Slim Jim. Edge joined the campaign to get the Miz onto Team WWE. Jericho said the Miz wants to become a legend in Los Angeles and said this would be a good way to become the biggest thing this town has ever seen. The Miz said he had a lot on his plate right now and walked off. The Miz came back, took Edge’s Slim Jim, and left again.

WWE DIVAS TITLE MATCH
Melina Perez defeated Alicia Fox to win the WWE Diva’s title: Melina was wearing some weird feather-based yellow and red costume, but she took off all the feather parts before the match started. Michael Cole called Melina one of the “all time greats.” This was a really sloppy match. Melina suffered a knee injury and was selling throughout the match. Melina put Alicia away with her finisher and won the WWE Diva’s championship! Melina started to cry after the match because she was in her hometown. Josh Mathews jumped in the ring to interview the new champion. Suddenly, Michelle McCool & Layla El showed up and mocked Melina. They were each wearing a broken half of the WWE Women’s title belt (ridiculous). Michelle wanted to Twitter a photo of Melina but she started fighting Lay-cool, who eventually gained the advantage. Alicia got up and joined in, but Lay-cool attacked her too! Michelle did the running knee bash on Melina’s head against the announce table. I guess this is a set-up for a Divas match at Survivor Series.

3-on-1 HANDICAP MATCH
The Big Show defeated The Straight Edge Society (C.M. Punk & Luke Gallows & Joey Mercury w/Serena): C.M. Punk is still injured so he pretty much stayed on the ring apron for most of the match. Big Show took out Gallows & Mercury and then dragged Punk into the ring. Punk took a weak bump on the ring steps. The S.E.S. then triple-teamed Big Show. Big Show made a come-back and Punk disappeared. Punk tried to sneak attack Big Show but was caught. Punk did some hit-and-run offense on Big Show. Punk went after Big Show’s injured hand, but Show stood up and lifted Punk up. Mercury & Gallows bumped Big Show and Punk slipped out and escaped backstage with Serena. Big Show choke-slammed Mercury on top of Gallows and pinned them both to win the match!

BACKSTAGE SEGMENT
World Heavyweight champion Kane + WWE champion Sheamus: Kane was talking to a empty casket talking to the Undertaker, promising to end Rey Mysterio’s existance tonight. Sheamus showed up and said this casket was too big for Mysterio, but it was perfect for Randy Orton. Sheamus asked if he could borrow the casket, but Kane said NO! Sheamus said that’s too bad because if they were on the same page they would be unstoppable. Sheamus said Kane can keep his casket, but he will take his name – because he is the REAL Big Red Monster. Sheamus told Kane to stay out of his way! Kane laughed and said he liked Sheamus because he’s got guts – most of which will be spilled out on the floor if he ever interrupts him again!

WWE CHAMPIONSHIP MATCH
Randy Orton defeated WWE champion Sheamus by DQ: Midway through the match, Orton went for an RKO, but Sheamus pushed out of it. Moments later, Orton went for it again, but Sheamus countered it into a stiff boot to the head! Sheamus only got a 2-count and then started to grow crazy with frustration. Sheamus brought a chair into the ring and argued with the referee. The referee tried to pull the chair away, but he was flung out of the ring! The referee called for the bells and disqualified Sheamus. Meanwhile, Sheamus was happy in the ring and yelled at Orton to get up. Sheamus lined up and swung the chair at Orton, but he ducked and kicked Sheamus between the legs! Orton looked down at the chair and the crowd cheered. Orton pushed Sheamus out of the ring and cleared the announce table. Orton then gave Sheamus a super RKO on top of the announce table (which didn’t break)!

WORLD HEAVYWEIGHT TITLE MATCH
Kane defeated Rey Mysterio to retain the World Heavyweight title: Kane wheeled a casket down to ringside. This was not a casket match, but Kane has promised to put Rey Mysterio in the casket tonight. It was a decent match, which saw Kane win and retain his World Heavyweight title. After the match, Kane told Mysterio that he will pay for what he did to his brother – and he will pay with eternal suffering as hell consumes his soul! Kane said Rey is surrounded forever more by darkness within the casket. Kane opened the lid of the casket, but Rey started to fight back, so he closed it again. Kane planted Rey with a choke-slam and a tombstone pile-driver in the middle of the ring! Kane opened the casket once more, but the Undertaker was inside! Kane was shocked and didn’t know what to do. Undertaker looked a little plump as he rose out of the casket and looked towards Kane. Kane started to smile and pointed at Mysterio. Undertaker got down on one knee so only Mysterio could hear him say “have you ever heard of an eye for an eye and a tooth for a tooth?” Undertaker continued, “before I make things right; why, why’d you do it Rey?” Rey swore it wasn’t him. Undertaker said he believes him and helped Rey up to his feet by grabbing his throat. Meanwhile, Kane was standing behind them loving every moment, thinking Rey was about to get murdered. Undertaker gave the cutthroat sign and then turned his attention to Kane. The Undertaker grabbed Kane by the throat. Kane reached over and grabbed Undertaker’s throat and pulled Taker’s hand off of his own throat. Kane then planted the Undertaker with a choke-slam! It now appears that Kane is more powerful than the Undertaker.

7-on-7 ELIMINATION MATCH
Team WWE (John Cena & Edge & Chris Jericho & John Morrison & R-Truth & Daniel Bryan & Bret Hart) defeated Team Nexus (Wade Barrett & Heath Slater & Justin Gabriel & Darren Young & Michael Tarver & Skip Sheffield & David Otunga): The Nexus came out to the ring together as a solid unit. Meanwhile the members of Team WWE came out one-by-one to their own music. The last person to come out was The Miz, but John Cena told him he was too late, because they already found a 7th member…. and his name is DANIEL BRYAN!! Daniel Bryan walked straight past the Miz, leading Team WWE to the ring to go to war with The Nexus! Michael Cole freaked out about how much of a mistake it was! Matt Striker yelled “here we go, the Ameircan Dragon has arrived at SummerSlam!” God bless Striker. The Nexus was thrown off their game and retreated to the floor to regroup and take off their shirts. Daniel Bryan started off with Darren Young and within a minute, Young was tapping out! A few minutes later, Morrison eliminated Michael Tarver after hitting him with Starship Pain. The Nexus once again regrouped on the floor now that they were at a two man disadvantage. A few minutes later, the big dummy Skip Sheffield eliminated John Morrison. Moments later the big dummy Skip Sheffield eliminated R-Truth (poor outing for him). It got interesting when Chris Jericho squared off with former NXT rookie Wade Barrett. The crowd popped when Bret Hart tagged into the match and hit all his moves on Heath Slater. Hart put Slater in the Sharpshooter but he released it when one of the Nexus slid a chair into the ring. Hart picked up the chair and he was disqualified to eliminate him! At this point the Nexus had a 5-on-4 advantage. Edge eliminated Skip Sheffield after a big Spear! It’s now 4-on-4. There was a long break between eliminations, until Jericho forced that loser David Otunga to tap out with the Walls of Jericho. Jericho messed up and accidentally punched John Cena on the ring apron. Heath Slater took advantage and eliminated Jericho! Edge and Cena started arguing over who would enter the match. Cena backed off and Slater rolled up Edge to eliminate him! Edge then speared Cena off the ring apron!! Edge & Jericho then began double-teaming Cena on the floor! Daniel Bryan went to check on Cena. Michael Cole got mad and if the Miz was there then WWE would have a chance. The Nexus focused on beating up Cena as Bryan watched from the corner. Finally Bryan got tagged in and Striker chanted for Cattle Mutilation! “Like it or not,” Striker proclaimed, “Daniel Bryan is a star!” Bryan eliminated Heath Slater with the crossface! Suddenly, the Miz ran down and bashed Bryan from behind with his briefcase! It came down to John Cena (who was still recovering on the floor) vs. Wade Barrett & Justin Gabriel. Barrett threw Cena back into the ring and continued the assault. Gabriel tagged in and wasted too much time. Cena made a come-back, but Gabriel blind-tagged Barrett back in. Barrett & Gabriel took turns beating up on Cena. Barrett kicked Cena out of the ring and lifted up some mats exposing the concrete floor. Barrett suplexed Cena on the cold hard floor! Barrett then rolled Cena back in and tagged Gabriel in to finish Cena off. Gabriel went for the 450 splash off the top rope, but Cena moved and covered him for the 1-2-3! Cena eliminated Gabriel. Barrett jumped in and fell victim to the STF, holding on briefly but ultimately tapping out! John Cena is the SOLE Survivor!