Roddy Piper and others added to Hulk Hogan stadium show 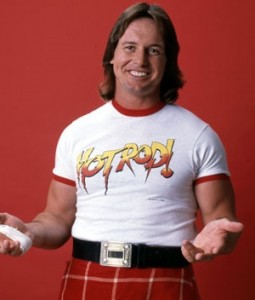 Courtesy of Northeast Wrestling and the Hudson Valley Renegades.

What will happen when two of the biggest Icons in wrestling history, the two men responsible for Wrestlemania — Hulk Hogan and “Rowdy” Roddy Piper — are in the same locker room, the same arena, the same ring?  The only way to find out is to be live at Wrestling Under the Stars at Dutchess Stadium in Fishkill, NY!

“Rowdy” Roddy Piper has been officially added to this monster show. Don’t delay! Get your tickets now.

Our September 22 WRESTLING UNDER THE STARS show just keeps getting bigger!  We have also added to the show:  ANGELINA LOVE, SAMI CALLIHAN, and VELVET SKY

Don’t miss out on this once in a lifetime event. Order your tickets today!

Wrestling Under the Stars

The matches start at 7 p.m. with a fireworks display after the event.