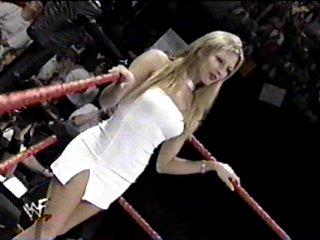 Ryan Shamrock Interview Recap
By: Bob Colling from  www.pdrwrestling.com
(WWF/E, WCW, TNA, ECW, ROH and other reviews all in one place! Including recaps of never televised WWF/WCW house shows!)

Ryan Shamrock aka Alicia Webb was the guest on In Your Head Wrestling Radio hosted by Jack E. Jones, Oneinchbiceps and Barbie Richards at www.inyourheadonline.com

She says that no one really gave her a hard time for not knowing much about the business. Ryan didn’t have a problem with the fellow female workers of WWF and wasn’t looking to take their spot.

Ryan says that she was put into the wrestling school and it was discussed about working matches. Ryan says that Luna Vachon told the office that Ryan was a gymnast and could be a good worker.

Ryan talks about the Undertaker sacrifice. Ryan wasn’t tied to the cross but rather was just holding onto cross. Ryan says that people were hoping that she wasn’t going to fall down. Ryan remembers that the WWF got some heat for the incident but can’t remember from who. Ryan was kind of disgusted when Taker licked her leg during the segment.

Spec Sun asks if Ryan got along with Goldust and Blue Meanie back in 1999. Ryan really enjoyed working with them as it was a lot of fun. Ryan talks about the Brood group and how she was suppose to be in the group “dead and alive” or something of that nature. 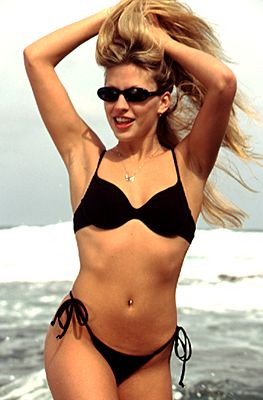 Ryan never refused to do anything for WWF. Ryan mentions that their was a lot more to the storyline than she knew about.

Xtremefalls from the message board asks if Ryan had any direction for her run in TNA. Ryan says that their wasn’t any real direction as she was suppose to be a Madame of some sort.

Ryan says that Vince Russo was working with her in WWF at the time she was there and he called her to go to WCW. Ryan says that she was released from WWF and doesn’t know why that happened. Ryan didn’t want to sign a contract for five years, which was the offer. Ryan was always on a paid per appearance for WWF.

Ryan says that she liked working for WCW as she liked everyone there. She says that the people in WWE were nicer and had everything in store a lot better. While, WCW was a mess as it was near the end of the companies run.

Ryan says that she didn’t have any real interactions with Vince McMahon. Ryan doesn’t know what McMahon’s character is all about but says he is a nice guy.

Ryan wasn’t intimidated by Chyna as she didn’t think Chyna would beat her up or anything. Ryan says that HHH would be the only guy who wouldn’t say hello to her when she arrived to the arena. However, years later HHH was very nice to her when she saw him at a hotel later on.

Changed Man calls in and asks which wrestler was Ryan most afraid of in WWF and WCW. Ryan wasn’t afraid of anyone in either company. Ryan says that she was told that Jackie was the toughest girl in WWF but she didn’t need to worry about as she was on the same team.

Ryan says that sometimes Ken Shamrock is just as intense as he was on television. Ryan says that people would be shocked that she would be hanging out with Ken outside of the building. She says she gets asked still if she is really Ken Shamrock’s sister. Ryan tells a story about Ken kissing her in a parking lot and how a fan would scream that he would do the same thing if Ryan was her sister.

Ryan says that the WWF talked to Ken Shamrock about doing a incest angle but Shamrock shot that down. Ryan also mentions that Debra was going to be revealed as he mother!

Buck from the message board asked how it was to work with the Maestro in WCW. Ryan says he was a very nice person and she would rib him all the time. Ryan says she would hide all of his things because she was bored as they would be there from 10am to 10pm.

Ryan says that she didn’t go out with the fellow wrestlers after the shows because their were a lot of cliques in WWF and WCW. Ryan says that Bret Hart was her only friend in WCW. Ryan says that her name was going to be Melody in WCW but that was changed. Her character for WCW lasted a little over a year, she believes. She doesn’t remember why it ended. Russo didn’t ask her to come to TNA, Jeff Jarrett did. Ryan says that she watched the first time TNA went live on January 4th. She says that was the first and only show she has sat down and watched.

Ryan talks about going to AAA and that Konnan gave herself and Sean Waltman the chance to work in Mexico. Ryan liked working in front of the fans as they are diehard and really supportive. She didn’t like how the company was ran because it poorly booked. Ryan mentions that fans would give her gifts.

Ryan says that she really enjoyed going to Mexico but as for other countries she didn’t really have a preference. She worked as a heel in Mexico, as usual. Ryan talks about the fans being dangerous and how things got wild once and awhile. Ryan tells a story about jumping a railing and yanking on her hair.

Buck from the message board asks about working with David Flair. Ryan says that David was really fun to work with a little bit. Ryan talks about a lot of the girls in WCW being nice to her.

Ryan never had a issue with the guys hitting on her as she started to date Ken Shamrock very early into her run. Ryan actually thought that he would RAPE her because he looked very mean to her, at first. Ryan would refuse to go anywhere with him because of that. Ryan ended up going to dinner with Test and Val Venis instead of Ken Shamrock that night.

The hosts and Ryan talk about Luna Vachon taping up a producer for spitting a spit ball into her hair. Ryan didn’t know about that incident but found that hilarious. Ryan thought a lot of the wrestlers were weird doing several weird things.

Ryan was not in Mexico for the Juventud Guerrera incident. Ryan thought it was very disgusting when she heard about that. Jack says that Waltman explained doing it very well. Ryan talks about being with Sean Waltman while Waltman was talking to the IYH crew a couple of weeks ago! Ryan got along with Juventud Guerrera very well.

Ryan talks about going to a Ellen show with Lizzie Valentine a couple of days ago. Ryan has never watched Ellen on American Idol so she doesn’t know if its any good.

Ryan is thinking of getting into fitness and getting into body building. She has some friends in the business and knows it is really hardcore. Ryan mentions that they can have a ounce of water before competitions.

Afro calls in and asks about Ryan thoughts on Nicole Bass. Ryan thought that Bass was very sweet and got along well with her. Ryan says that Bass would lift her up for a press slam a lot of times and when she would slam her down she would do so gently. Ryan talks about people being very mean to Nicole based on how she looked. Ryan says that Nicole was very fragile emotionally. 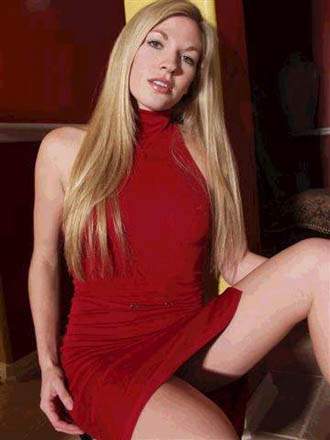 Ryan talks about cracking her ribs during  a match with Bagwell and Maestro. Ryan mentions jumping off a apron in Mexico with high heels on and bruising her ankle quite a bit.

Jai asks if Ryan went to any UFC fights while with Ken. Ryan had gone to several shows and prefers watching UFC over anything wrestling. Ryan likes that their aren’t any storylines in UFC so its easy to watch it. Her favorite fighter is George St. Pierre. Ryan believes that Pride is way better than UFC.

Jack thanks Ryan for coming onto the show. Ryan says she is sure they will talk again sometime soon.

For the full audio of the interview plus the IYH crew’s views on the week in wrestling please visit http://www.inyourheadonline.com !! We also have our complete 5 year archive for FREE downloading including interviews with Syxx Pac, Chris Jericho, Kevin Nash, Scott Hall, Terry Funk, Bobby Heenan, ODB and many more. Listen live every Wenesday at 8:05 PM EST with upcoming guests including Chief Jay Strongbow, Bill DeMott, Mr. Wonderful Paul Orndorff and Lex Luger. Also join our free message board http://inyourheadboard.proboards.com/index.cgi to interact with the hosts and fans of IYH and to leave questions for upcoming guests.