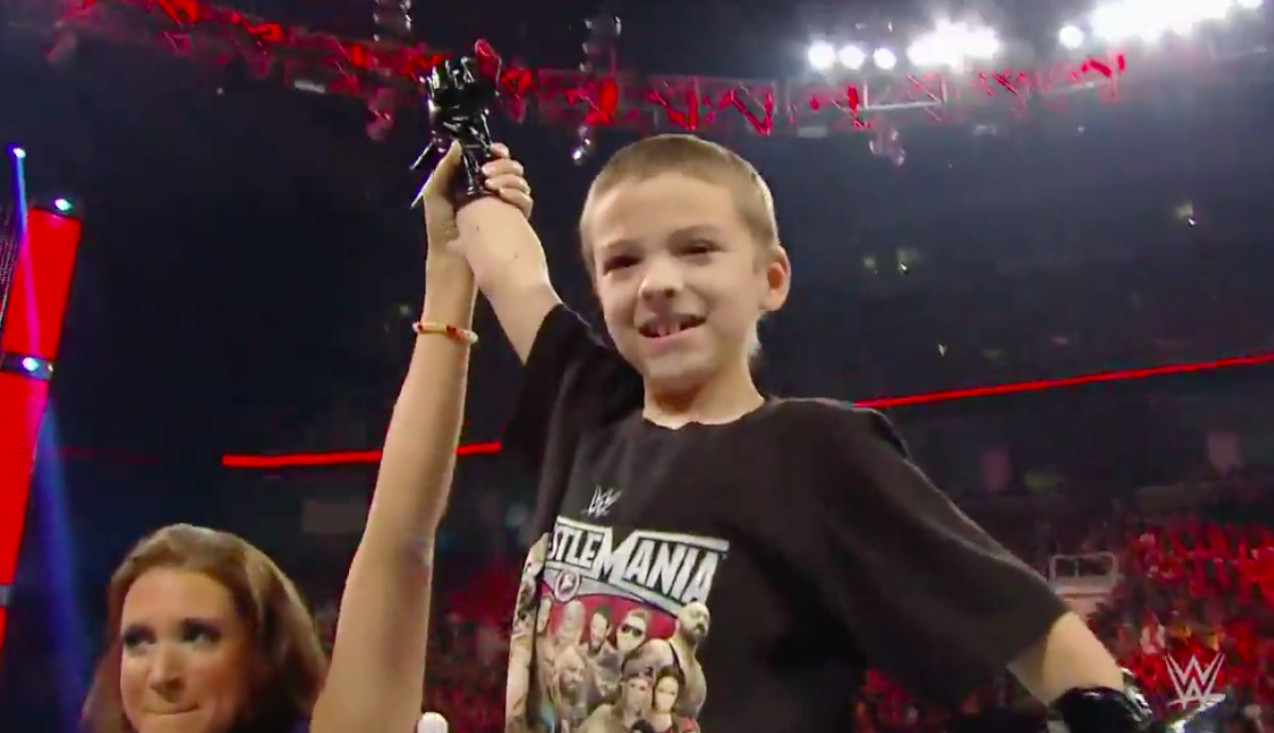 By Bill Hanstock:
At 10:15 p.m. on Sunday night, Elijah Mainville, best known to WWE fans as Drax Shadow, passed away following a six-year battle with neuroblastoma. He had entered into hospice care earlier in the weekend. His family shared the news via Facebook post late on Sunday.

Elijah first came to the attention of WWE fans with an amazing video submission for Tough Enough. That video picked up enough steam for Triple H and Stephanie McMahon to reach out and offer “Drax Shadow” an honorary WWE Superstar contract. He later signed that contract at a Raw taping, with the additional help of Stardust. In fact, Stardust got so invested in helping Drax that he and Stephen Amell teamed up to raise funds for Elijah’s ongoing battle with cancer.

Earlier this year, Elijah got his very own custom Drax Shadow action figure, because no Superstar is complete without their own merchandise. In September, his family got the news that the experimental T Cell treatment he was receiving had failed, and that he had a diagnosis of six months left to live.

The family is currently raising money for Elijah’s funeral costs. If you wish to donate, you can find their GoFundMe page here.