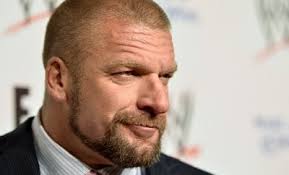 At WWE, when he is not performing as WWE Superstar “Triple H”, Levesque is responsible for overseeing the talent relations and talent development departments, training of WWE Superstars and Divas and management of worldwide recruitment and live global events. Levesque also plays an integral role behind-the-scenes as a director and producer, working to shape the creative direction and storylines of WWE’s programming.

“We are thrilled to welcome Paul Levesque to our Board of Directors,” said Christopher Nowinski, Co-Founder and Executive Director of the Sports Legacy Institute.  “As an athlete himself, Paul is familiar with the risks associated with concussions.  As an executive, Paul has made it a priority to protect WWE’s performers through education and awareness, as well as preventative measures and world class medical care.”

“It is an honor to join the Board of Directors at SLI to support the important work they do in the field of concussion management and prevention,” said Levesque.  “This work benefits athletes of all ages and skill levels, from high school to collegiate to professional sports, as well as many others including members of our military.”

In 2013, WWE made a grant of $1.2 million to SLI to fund research that could lead to potential new treatments for Chronic Traumatic Encephalopathy, a degenerative brain disease.

Joining Levesque on the Board of Directors will be Sylvia Mackey of Baltimore, Maryland, Director of the John Mackey Fund; John Corcoran of Boston, Massachusetts, Founder and President of Trinity Partners, LLC; author Andrea Pomerantz Lustig of New York City, and philanthropist Laura Hunt of Dallas, Texas, Principal at Laura Hunt, LLC.

The Sports Legacy Institute (SLI) is a 501(c)(3) non-profit organization that was founded in 2007 by Dr. Robert Cantu and Christopher Nowinski to “solve the concussion crisis” by advancing the study, treatment, and prevention of the effects of brain trauma in athletes and other at-risk groups. SLI achieves this mission through education and prevention programs, advocacy, policy development, and support of medical research. SLI collaborates with the Boston University CTE Center and supports the VA-BU-SLI CTE Brain Bank. For more information please visit SportsLegacy.org or follow @SportsLegacy on Twitter.