Home / WWE / Smith Hart talks about a possible opponent for the Undertaker at Wrestlemania 30, and more

Smith Hart talks about a possible opponent for the Undertaker at Wrestlemania 30, and more 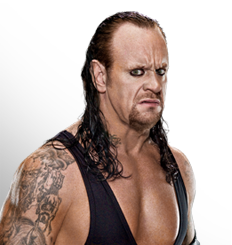 The first son of Stu Hart and the oldest brother of Bret and Owen Hart, Smith Hart has published a new column at PWMania.com. Hart talks about booking Brock Lesnar for WWE WrestleMania 30, Sting vs. The Undertaker and more.

“I think Wrestlemania 30 is best suited to have Lesnar face Ken Shamrock. At first this match may sound inferior to the aforementioned Lesnar-Taker. However I pose that having the two biggest draws in the history of UFC head to head for the first time ever at the 30th anniversary of the grandest spectacle on the planet could help draw many UFC fans to the WWE product heading into this crucial year.”

“As for The Undertaker, I’m sure I am part of the large populous of fans who are hoping that Sting lets his current TNA contract expire so that he can have that one epic match against The Undertaker on the grandest stage of them all.”

Check out some great Undertaker products at WWEShop.com, including this amazing look back at his undefeated Wrestlemania streak!