“Stone Cold” Podcast with Shawn Michaels will air on December 13 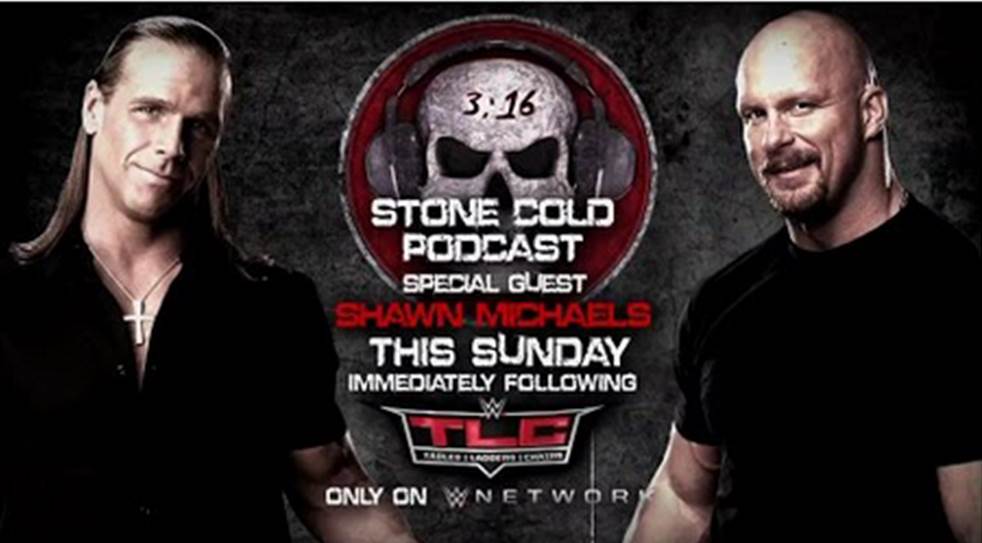 Hear Shawn Michaels’ take on competition with Bret Hart in a preview from the episode here.

Shawn Michaels has a storied WWE career, winning every major WWE title, two Royal Rumbles and earning a reputation as one of the most entertaining Superstars to enter the ring.

During each installment of the “Stone Cold” Podcast, Austin sits down with the biggest names in WWE and the world of sports and entertainment for a no-holds-barred, in-your-face, exclusive one-hour interview.

WWE Network is the only place to get all 12 WWE pay-per-views LIVE at no additional cost, exclusive original programming, and the most comprehensive video-on-demand library with more than 4,000 hours of content, including every WWE, WCW and ECW pay-per-view.

Like other digital subscription services, such as Netflix and Hulu, fans are able to sign up for WWE Network online by going to WWENetwork.com, and can watch WWE Network on their TVs through connected devices such as Sony PlayStation 3, Sony PlayStation 4, Xbox One, Xbox 360, Amazon Fire TV, Apple TV and Roku streaming devices as well as Smart TVs including Sony, Samsung and Panasonic.

WWE Network is available in more than 175 countries. For a complete listing of WWE Network availability by country and device, please click here.