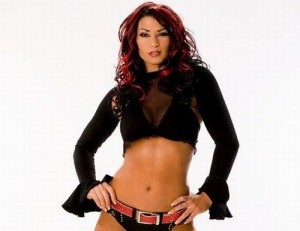 TNA Knockout Tara reveals in her latest video entry that she was banned from appearing at today’s Wizard World Chicago Comic Con in Rosemont, Illinois due to WWE’s presence at the event.

According to the former Victoria, WWE permitted their talent to appear at the event on the condition that TNA Wrestling talent are prohibited from appearing.

“I was supposed to be there on Saturday and the only way WWE would show up is if Impact Wrestling was not going to show up. So I got the last minute phone call and I got nixed,” she states.

Garrett Gray, winner of the Knockout’s ‘Geek Fit Challenge’, then asks, “Wait a second. Are you telling me that the WWE says that Impact Wrestling is not competition, but yet they are banning them from Wizard World?”

John Cena, CM Punk and Booker T appeared at the event over the course of three days. The ban, however, did not extend to former WWE talent as The Bella Twins, Maryse, Kevin Nash, John Morrison, Melina and Lita appeared as advertised.