Home / Behind the Scenes / The Armpit Wrestling Quiz: Week of September 19, 2016 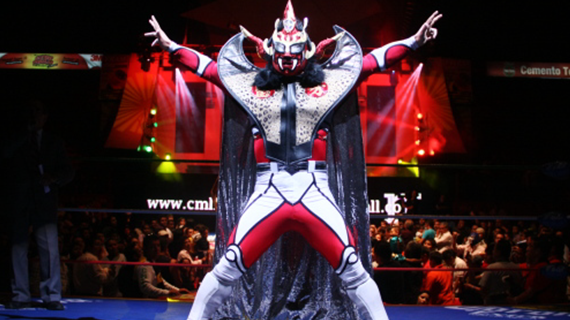 Welcome to The Armpit wrestling quiz for the week of September 19, 2016.

Last week saw the finals of the Cruiserweight Classic, so this week’s theme is “Cruiserweights in America – Part 1.”

-At WrestleMania 7, Elizabeth interfered after Randy Savage’s match because he was getting screamed at and kicked by his manager, Sensational Sherri Martel.  Martel is one of the forgotten greats in our industry, as WWE has inexplicably ignored her legacy since she passed away.  She played a big role in some major angles, and as a performer was one of the premier managers and hardest workers of her time.

-At Royal Rumble ’91, Savage cost Ultimate Warrior his title by hitting him in the head with a scepter, which allowed a heel Sgt Slaughter to get the pin and win the title.  For all of Warrior’s faults as a worker, Savage always got excellent matches out of him.

-At Survivor Series ’91, Undertaker defeated Hulk Hogan for the WWF title when Ric Flair slipped a chair into the ring.  Undertaker tombstoned Hogan on the chair.  The reason Hogan did such a great sell job that night is he really did jam his neck on the chair for real.

-Hogan had a surprise “instant” match with Yokozuna at the end of WrestleMania 9, beating him for the title.  Fuji threw salt at Hogan, who moved, and the salt got in Yoko’s eyes which led to the pin.  In real life, Hogan thought Bret Hart was too small to work with, so he picked Yokozuna instead.  That, along with political problems in WCW years later, is one of the reasons Bret had heat with Hogan for years.  When Bret was inducted into the WWE Hall of Fame, he wrote how he got great glee when he intentionally didn’t shake Hogan’s hand.

-Just before Mick “Mankind” Foley beat Rock to win the WWF title, it was Steve Austin who interfered and helped him.  This was the height of Austin’s run, and when his music hit that night, it was one of the loudest pops anyone can ever remember.  And as a correction, Schiavone on Nitro said “That’ll put butts in the seats” (last week I had said it was “asses”).

1.  WCW created a cruiserweight title in 1991, at a time when their business was in the toilet thanks to VP Jim Herd’s incompetence, Ric Flair’s firing, and Dusty Rhodes’ bad booking.  Brian Pillman won a tournament final at Halloween Havoc ’91 and became the first champion.  But it wasn’t called the Cruiserweight Title back then.  What was it called?

2.  American wrestling fans were thrilled in December 1991 when WCW announced they were bringing in Jushin Liger for some dates.  To hype his debut, WCW Saturday Night aired a great Liger match with Chris Benoit from Japan, with Jim Ross doing dubbed over commentary.  Liger was at his peak back then, and his wrestling Pillman was considered a hardcore fan’s dream match.  Liger won the title Christmas night at a house show, but lost it back to Pillman at which PPV event in early 1992?

3.  Before Pillman could begin his second title reign in 1992, Bill Watts took over WCW and killed the cruiserweight division by banning what kinds of wrestling moves?

4.  Brad Armstrong (R.I.P.) will always be among the most underrated wrestlers of the ‘80s and ‘90s.  Such an excellent wrestler who could do anything in the ring, with a great look to boot.  For whatever reason, he never got a sustained push, probably because his hilarious backstage personality never translated onto the camera.  He was the final champion of the initial WCW cruiserweight division, when in 1992 he had to forfeit the title at Clash of the Champions XX for what reason?

5.  Ironically, on the same Clash show where Armstrong had to forfeit the title, Bill Watts finally buckled and held a poll on TV where fans could vote to overturn the wrestling move Watts had banned months earlier (see question #1).  The word they used was “rescind,” and Jesse Ventura on commentary made certain to define that word, as he probably felt most wrestling fans wouldn’t know what it meant.  To nobody’s surprise, how did fans overwhelmingly vote that night?

The Armpit
http://Armpit-Wrestling.com
@ArmpitWP (Facebook/Twitter)
This week’s stories: CM Punk’s next fight has been announced, and the opponent may surprise you.  Also, Alberto del Rio and Paige wrote us a guest column officially severing ties with WWE.  Lastly, we detail an in-ring shoot between Lanny Poffo and Gene Anderson from the ‘70s.