Triple H inducted in the International Sports Hall of Fame 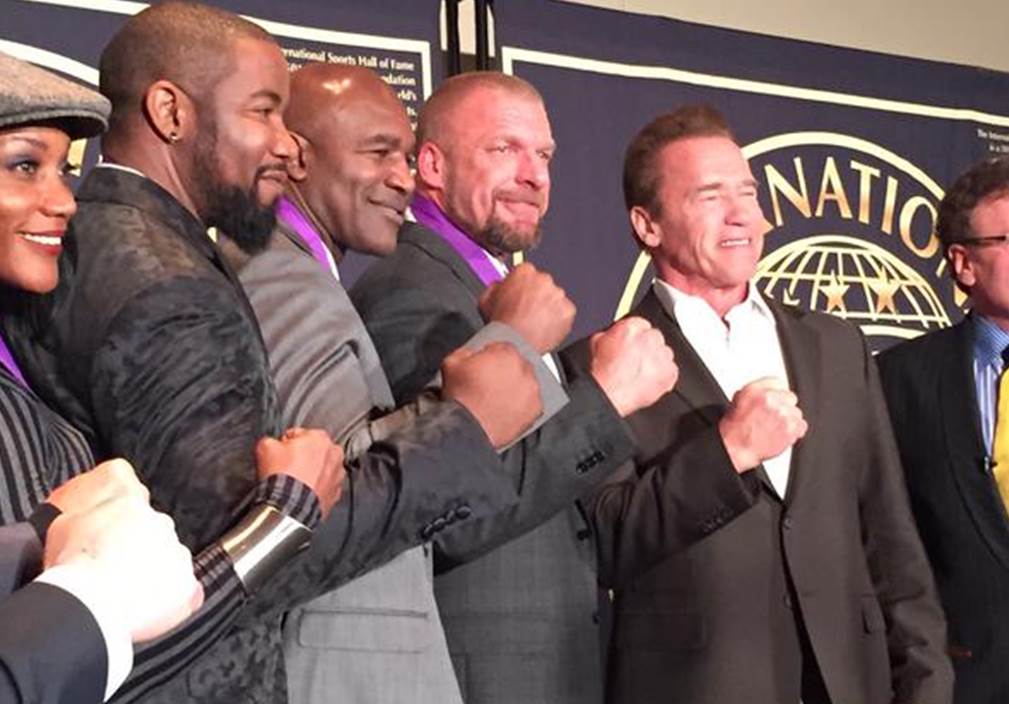 Stephanie McMahon posted these photos of husband Triple H being inducted into the International Sports Hall of Fame this weekend.

Arnold Schwarzenegger, host of all the weekend events, even made a surprise appearance at the WWE Experience. As we’ve been reporting, the WWE had a major showing at the 2015 Arnold Sports Festival.

Related Itemstriple H
← Previous Story Did big star sign with WWE?
Next Story → The Undertaker makes a statement on RAW