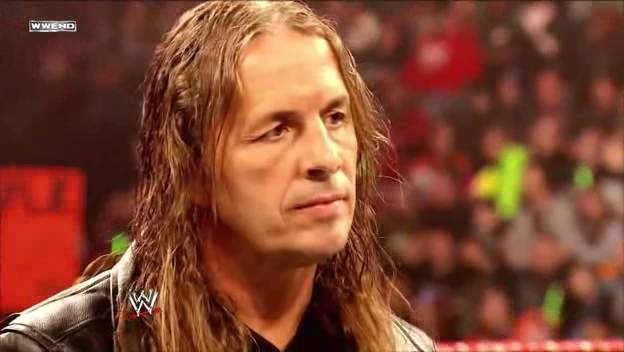 Bret Hart talks to TWP magazine: His opinion on today’s wrestlers, returning to WWE, his relationship with Vince, winning the US title and much more….

Finally, the latest FREE edition of The Wrestling Press magazine is now available for your viewing pleasure!

This is the first of our new monthly editions under the leadership of editor Darren Wood and inside you will find several fantastic interviews, videos, articles and photos. The main feature is an exclusive in-depth chat with Hall of Fame legend Bret ‘The Hitman’ Hart!

“They are completely different, the wrestlers of today. I don’t even know if I could hang around with them they are so boring. They are like a bunch from a choir, they play video games and listen to their headphones, drink energy drinks and keep themselves to themselves. There is no beer drinking, no hell raising at all.” – BRET HART

You can read the interactive version (including video) directly at http://www.yudu.com/item/details/285400/The-Wrestling-Press-February-2011

Please feel free to send your feedback, good or bad. What did you like? Didn’t like? What would you like to see featured in the future? etc….

TWP Issue 12 includes:
* Bret Hart interview
* The Foundations of the Federation
* Is it time to end the draft?
* Too Much of A Good Thing? The Pros and Cons of a Three-Hour Raw
* When I want your advice, I’ll give it to you: John Cena
* The story of mid-card belts
* The Immortal Promise
* The World Chants ‘Ole!” For El Generico
* Interview with CZW World Junior Heavyweight Champ Adam Cole
* The Wolfe Pit: Dusty discusses his retirement and hatred for The Miz!
* Blessings with The Wrestling Priest: The Wrestling Fans
* UFC 129 Preview
* Championships in Japan
* Jacques Rougeau (The Mountie) Profile
* Interview with UK promoter Sanjay Bagga
* Interview with German star Axel Dieter Jr
* Wrestlers visit hospital in Mexico
* UK star Britani Knight interview

The Wrestling Press is a free monthly digital magazine covering pro wrestling from all over the world, with commentary from America, England, Mexico, Japan and Germany. Featuring many interviews, nostalgia, opinions, previews and reviews from mainstream and independent wrestling. Each issue is packed with fantastic photos, articles, videos and podcasts, with all back issues available to download at www.thewrestlingpress.com

Please direct all advertising queries to Darren at [email protected]