WCW Wrestlers Who Are Real-Life Buddies 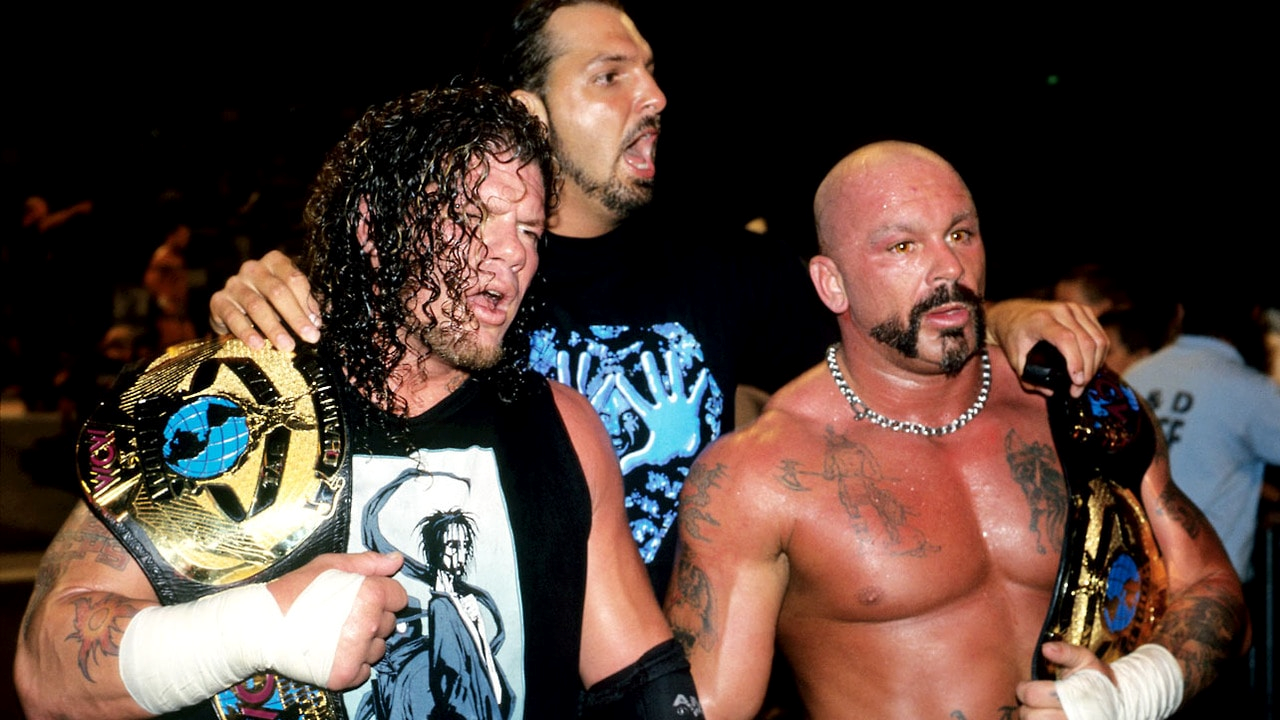 Friendships in wrestling should come as no surprise especially nowadays. Wrestlers are just upfront with their friends in wrestling now. Heels and faces are seen in public very often. This has not helped kayfabe whatsoever. It hurts the business and I hate seeing wrestlers not even try to uphold the integrity of the business. Prior to the Curtain Call, wrestlers tried their damndest to uphold kayfabe. The measures they took to do so are so drastic and ridiculous you have to respect them. Now wrestlers post pictures on Instagram with someone they may have just fought or that’s a different alignment. Although this issue may seem minute and miniscule, kayfabe would help the current product drastically. Prior to kayfabe being buried all wrestlers had friends whether they were heel or faces. For example, The Rock and Steve Austin fought all the time. And while they were incredibly close, they were able to hide their close relationship. As far as WCW guys, they were also able to hide their relationships no matter how weird and strange they might have been.

Here are 15 pairs of WCW stars you wouldn’t believe were friends outside of the wrestling business.

Jeff Jarrett and Vince Russo’s friendship began in WWE and transitioned over to WCW. Russo favored Jarrett over many of the usual WCW talent. He wanted Jarrett pushed all the way to the moon and sadly Jarrett was never really over (although Jarret believes otherwise). However, to pay back Russo for pushing him so heavily in WCW, Jarrett gave Russo a booking job in TNA. Little did Jarrett now that this was a horrible idea. Russo put the TNA talent in horrible positions and they have never really managed to recover (Russo happened to along during a hard time for WCW and helped sink the ship once and for all). It will be interesting to see as Global Force Wrestling comes along, if Jarrett gives Russo another chance.

Raven and Perry Saturn’s friendship began in ECW. However, the two had some success in WCW. They were put into Raven’s Flock in WCW. They won the tag titles on one occasion in WCW. Like many wrestlers of yesteryear, they were heavy drug users and this transitioned to WCW. The two would go around having sex with many ring rats, as they were called back then. Listen to some of their shoot interviews on YouTube, the stories are seriously maddening.  Saturn claims to have the ability to count on Raven anything and that the two have been friends forever. Both Perry Saturn and Raven have reconnected since Saturn returned after being missing and homeless for a few years. A friendship based on the usage of drugs is still a friendship nonetheless.

This may come as a surprise since people think Bret Hart loves wrestling and Kevin Nash hates it. But no, the two have maintained a good relationship with little to no issues. Nash claims that WCW used one of the best wrestling talents ever in Hart. Another reason Nash said he is fond of Bret Hart is because Hart knew how to get WCW to give up more money for the talent. The two have both said that some of their favorite matches have come against each other. In particular, the match at Survivor Series 1995 between the two are spoken upon fondly by both men. The two do many small wrestling conventions and events together. Kevin Nash’s friend Scott Hall however is not the biggest of the self-proclaimed “The Best There Is, The Best There Was and The Best There Ever Will Be.”