Home / Behind the Scenes / Weekly Wrestling Quiz for November 14, 2016 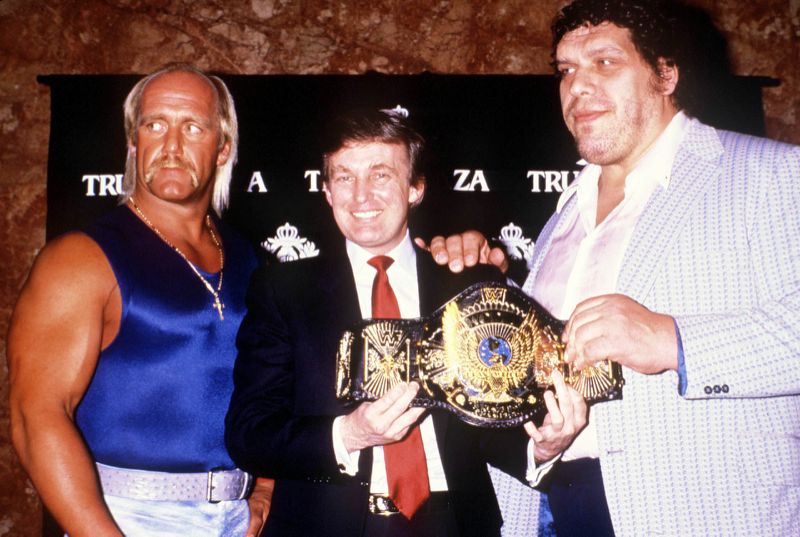 Welcome to The Armpit wrestling quiz for the week of November 14, 2016.  In light of last week’s Presidential election, this week we’ll have a NONPARTISAN quiz called “Donald Trump in Wrestling.”  Fear not, this quiz will not take any sides and won’t offend anyone on either side of the aisle.

1) Jazz was NOT married to Buff Bagwell.

2) Gail Kim was recently inducted into the TNA Hall of Fame.

3) Stacy “The Kat” Carter/Lawler briefly bared her breasts on the 1999 Armageddon PPV.

5) Sasha Banks did NOT win a Diva Search contest.

6) In the Charlotte vs Natalya match at the 2014 NXT Takeover show, Ric Flair and Bret Hart were in their respective corners.

Please email your answers to [email protected].  We will randomly generate a number to determine the winner.  For example, if the number is 25 and you’re the 25th person to email us with correct answers, you win.  Winners receive a free copy of our brand new e-book “The Armpit Wrestling Quiz Archives: Voume 1.”  It features 128 quizzes we’ve written over the years and clocks in at 420 pages and a whopping 1,079 questions on pro wrestling history dating back to the 1980s.  We’ll also announce your name here next week, along with anything you’d like to promote (assuming it’s not X-rated or illegal).  It could be your name, blog, Twitter handle, or anything else you’d like us to mention.