What Makes a Great Wrestling Finisher? 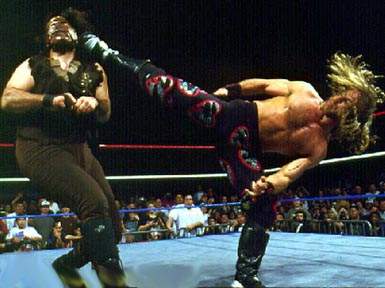 What exactly makes a great finisher? What is it that differentiates it from a good finisher? Well, you have to

1- Believe in it’s validity to K.O or submit an opponent.

2 – You have to believe it’s realistically viable to be performed under ones own strength with out opposition help.

The most effective ones are the “out of nowhere” finishers that can be performed at any time during a match. It might not score the pinfall if done too early but will serve it’s protagonist as a huge advantage.

All if the above can be hit at any time with a low counter risk. The setup is short if needed to be, for example, Micheals doesn’t need to “tune up the band” for his superkick to be effective. Likewise Big Show can perform the KTFO punch at a split second. All of these moves look believable as for a KO and all are high impact which also look pretty cool too which does help. The Stone Cold Stunner is a relatively simple move but the effect looks devastating and can be hit at any time. It can however be countered if the opponent is too aware with a simple push away. 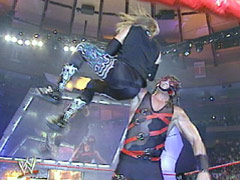 These are an entirely different type of power manoeuvre which require a groggy opponent who can be manipulated into a situation before hitting the move. For example for the GTS, Punk must hoist his opponent up onto his shoulders before bringing them down onto the knee. This couldnt be done with a fresh opponent as they would fight out of the hold before the final blow. All of these moves do have huge impact and are believable as a KO blow.

Exceptions to this rule include John Cena’s Attitude Adjustment and Cody Rhodes Cross Roads both of which dont look devastating enough to be a finisher and more like a set up for the final blow. 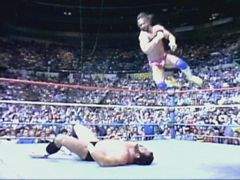 The top rope elbow has become less of a finisher in the HBK era but was devastating for Savage, unless of course you are the Ultimate Warrior who took 5 at Wrestlemania VII and popped up like nothing had happened in the biggest no sell ever. The risk factor in these moves is the same as Class 2 in that the opponent must be pretty much immobilised to allow for set up time. The risk also rises in the sense that aerial manoeuvres are the easiest to counter with a lifted knee or a simple roll away. Botching these moves can also be extremely dangerous such as Brock Lesnars failed Shooting Star at Wrestlemania XIX from which he miraculously came away from unscathed. 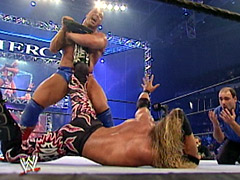 This was a difficult category to choose five examples for because most submission manoeuvres can be countered. However I feel the ones most successful are the ones i listed. Although the Figure Four has been used many times by many different people, if Flair locked it in it was game over. The great thing about most submission moves is that they can be applied to most category of performer, whether small or large and with usually the same affect.

Exceptions to this category for me are The Undertakers Hells Gate which looks far too intricate to be performed legitimately as does CM Punks
Anaconda Vise. It seems to take far too long to lock on properly. One I never really bought was Benoit’s Crossface, the locked arm doesnt look too difficult to free, whether it is or not is a non point, it visually looks easy to escape from. The Mandible Claw / Socko, Ok I see the logic behind it but most people are just going to think erm, just bite his hand. The
point of the Mandible Claw was that it was paralysing but unless you’re an expert on the human anatomy it just looks like some dude sticking his fingers in someone else’s mouth.

There are some finishers in the history of the business that just dont do it for me at all. They either look painless or impossible to perform without opponent help and therefore dont work as intended. 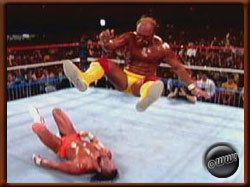 I think im going to get some heat from Cena fans for this one. Lets get this straight im not a Cena hater, i respect him immensely for his work rate and attitude but the AA just doesnt look like anything near a finisher. It looks less painful than a German Suplex and a lot less painful than a Superplex, Cena is better than that move. The C4 and Canadian Destroyer look visually impressive and high impact only there is no way that is not assisted and therefore pointless. For Angle Slam see Attitude Adjustment, its just a suplex nothing too damaging which is why I for one was glad it was eventually dropped as a finisher and used as a set up for the Ankle Lock. Atomic Legdrop – Just pathetic, no need for any added dialogue on that one. 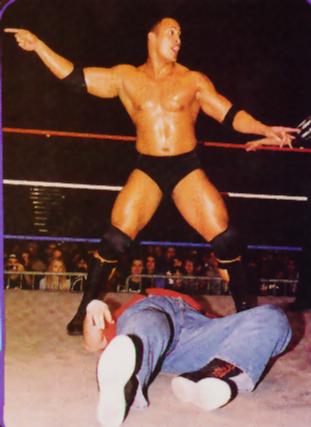 Exceptions to the Rule

This is kind of a side point to the above paragraph but bear with it. There are certain manoeuvres that are neither powerful or devastating and break all the rules i pointed out above as in timing and impact, but they work for entertainment purposes.

The Peoples Elbow always drew a huge reaction from the crowd, always! It was an elbow drop and nothing more, although not technically an out and out finisher it was treat as such. The Worm, purely for a crowd pop and it always delivered even though it was just a chop. Scott Taylor was too good for that crap but it got him over and thats all that matters. The HurriChokeslam, basically used tongue in cheek got a cheer but was never taken seriously. The 619, now then I think this one is going to split the opinion. Visually fun, always gets a pop but the impact is no where near devastating enough and takes far too long to set up. As we are meant to beleive its a true sporting contest a “wrestler” would never allow himself to be in that position on the ropes when facing Mysterio so for me it just doesnt work as a finisher but does get a huge reaction as soon as that guy falls between the top and middle rope. Five Knuckle Shuffle – See The Worm.

I think we as viewers love to see the big impact power finisher in Class 1, the crowd pop tells the story if a finisher is over or not but we also love that moment just before the Sharpshooter or the Walls of Jericho are applied, that little pause as Bret or Jericho look into the crowd, building the tension before locking in for the win. In my opinion the finisher I would class as the greatest of all time is the Stone Cold Stunner, its delivery could come from nowhere and its effect immediate and the fact it was Vince on the receiving end more than anyone probably helped a little. Sweet Chin Music isnt far behind, again a move that could be hit within seconds to devastating effect and wasnt limited to use on certain types of performer, big or small if you heard the band you weren’t getting up.

Please leave feedback, this is my first major article in a long time and I am a little rusty.