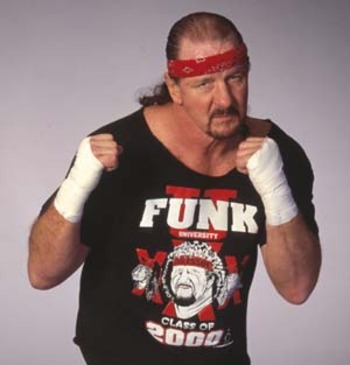 David Dexter reports that the World Wrestling League have announced that Terry Funk will wrestle Mil Mascaras at the promotion’s scheduled events in Texas this August.

The match is currently scheduled for 8/2 in Eagle Pass, Texas and 8/4 in San Antonio, Texas.

The promotion has also announced Tommy Dreamer vs. Sabu for their 7/7 event in Monterrey, Mexico.

Related Itemsterry funk
← Previous Story AS I SEE IT: So What is the WWE Looking For?
Next Story → The Rock’s new reality show “The Hero” to debut on SpikeTV on June 6, 2013