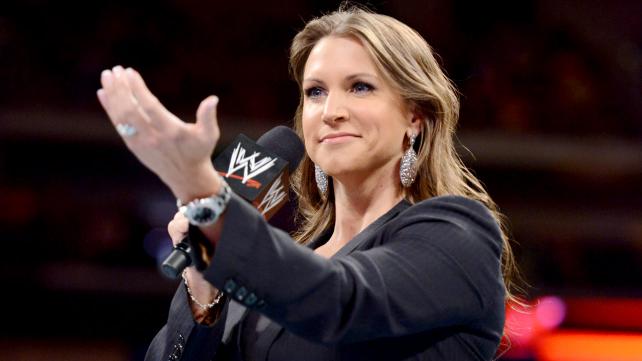 Stephanie McMahon, Chief Brand Officer for WWE, has been named to the Children’s Hospital of Pittsburgh Foundation board of trustees.

McMahon, her family, WWE, and its fans have been strong supporters of pediatric cancer care and research at Children’s Hospital of Pittsburgh of UPMC over the past two years.

McMahon became involved with Children’s Hospital in 2014, when she and her husband, Paul “Triple H” Levesque, met WWE fan Connor Michalek. Connor, 8, was battling medulloblastoma, a rare tumor that affects the brain and spinal cord, at the time. Connor formed a special connection with McMahon, Levesque, and many of the WWE Superstars and Divas. When Connor lost his battle with medulloblastoma in April 2014, Stephanie and Paul decided to honor his spirit by creating Connor’s Cure, a fund within Children’s Foundation that supports brain tumor research. To date, Connor’s Cure has raised more than $560,000 and has been supported by WWE and fans all over the world, including 49 states and six countries.

“We are honored to have Stephanie join our Board of Trustees. She and her family formed a very special bond with Connor, and she quickly demonstrated a passion for putting her talents and resources to work in the fight against pediatric cancer,” said Greg Barrett, president of Children’s Hospital of Pittsburgh Foundation. “In the relatively short time she’s been involved with Children’s Hospital and our cancer program, Stephanie has already made a significant impact and I’m excited to see how her ideas and leadership will further enhance our goals and mission.”

“I’m extremely humbled and privileged to join Children’s Hospital of Pittsburgh Foundation’s Board of Trustees and help play a role in their continued efforts to further pediatric cancer research,” said Stephanie McMahon, WWE Chief Brand Officer. “Connor Michalek had such a profound impact on so many people, including my husband and me. Through the tremendous work at Children’s Hospital of Pittsburgh of UPMC, I hope we can help find a cure for pediatric cancer, and ensure no other child has to endure Connor’s fate.”

Connor’s Cure supports research by Ian F. Pollack, M.D., chief, Pediatric Neurosurgery in the Brain Care Institute at the Children’s Hospital, including laboratory-based research and a vaccine-based immunotherapy research study. This study examines the efficacy of a unique immunotherapy that treats the tumor using a vaccine not entirely unlike the sort of vaccines most of us are familiar with, such as the tetanus or polio vaccines. Dr. Pollack and colleagues observed overexpression of a series of proteins on the surface of gliomas and ependymomas and determined that these proteins could be used as a component of the vaccine.

As WWE Chief Brand Officer, Stephanie is responsible for working with WWE’s business units to support key growth initiatives and represents WWE as its global brand ambassador among key constituencies including community and business partners, advertisers, media, and investors. She is the primary spokesperson for WWE’s corporate social responsibility initiatives, including Special Olympics, Susan G. Komen, and Be a STAR, WWE’s anti-bullying program. Stephanie is also a TV personality, appearing regularly on Monday Night Raw®, one of the most-watched shows on cable each week.