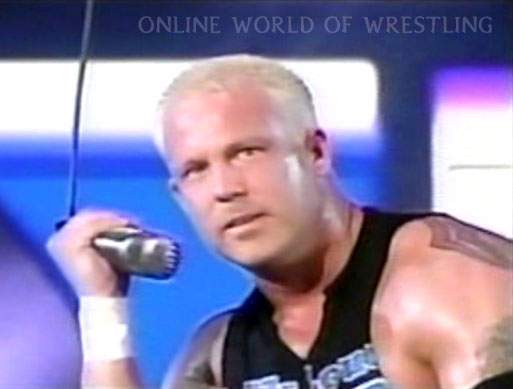 Wrestling Globe Newsletter by Mike Aldren – All the latest professional wrestling news and analysis direct to your mailbox. WGN is read by industry power players, many top wrestlers and thousands of fans from all around the world.

The WWE website announced the firing of Mr. Kennedy on Friday. Of course, they wished him well in his future endeavors. One of the worst things about being a wrestling fan, or a fan of any sport, is seeing talent go to waste. Those guys who could have accomplished so much more if only they had been responsible, worked harder and led a better life.
Kennedy, real name Ken Anderson, arguably is one of those guys.

Anderson broke into the business under All-Star Championship Wrestling owners Eric Hammers and Mike Krause in 1999. After six years of working independents in Wisconsin and Minnesota, WWE offered him a developmental deal and assigned him to Ohio Valley Wrestling in Louisville, KY.

Anderson didn’t get an opportunity to shine straight away. OVW co-owner and booker Jim Cornette didn’t want to feature him, or Dan Puder and Maria Kanellis, who were in developmental around the same time, on television straight away. But a few months later Cornette and WWE had parted ways and Paul Heyman was brought in as booker.

Heyman was one of his biggest proponents and developed the persona of Mr. Kennedy upon finding out that Anderson used to announce high school basketball games. Heyman figured that using the middle name of Vince McMahon might give Anderson a better shot at succeeding, and he was right. The name change was also to avoid comparisons with the more famous Anderson wrestling family as well as the former Cincinnati Bengals quarterback of the same name. A short time later Mr. Kennedy was called up to the main WWE roster.

He was pushed from the offset and given opportunities against headliners such as The Undertaker, Batista and the late Eddie Guerrero and Chris Benoit. But untimely injuries were to be his kiss of death. During an overseas tour in December 2005 he tore his lat muscle which kept him sidelined for six months, he suffered a massive hematoma in his bicep in 2007, and then last year he dislocated his shoulder putting him back on the injured list for almost a year.

In September 2007 he was also implicated in a steroid scandal uncovered by Sports Illustrated. He was subsequently suspended for thirty days in accordance with WWE’s Wellness Policy, which ironically came just a few days after he did an interview with The Sun, a newspaper in the UK, denying he had ever taken steroids. Between October 2006 and February
2007 it was alleged he had received packages of anastrozole, somatropin, and testosterone to his home address, At first he denied the allegations, but later changed his story claiming he did receive the packages but they were for a legitimate medical reason.

Earlier this year, in another interview with The Sun, he didn’t do himself any favors when trying to justify his lies about taking steroids in the previous interview. He said that the Sports Illustrated story was all “bullshit,” and blamed his his suspension on a person who he thought was a doctor, turning out out to be an auto mechanic instead. He then proceeded to say we live in a free country and, “if I’m not hurting anybody, what’s the big deal? … If I have health issues down the road, then I have health issues.”

The final straw was thought to have come this past Monday on Raw when during the 10-man tag he accidentally suplexed Randy Orton on to his surgically repaired shoulder and then sprained his own wrist when taking an RKO. Backstage afterwards words were exchanged between Orton and Anderson in front of a large group of WWE workers including Stephanie McMahon. It wasn’t said to be a heated discussion but Orton loudly aired his displeasure on the botched suplex.

Several sources are pointing to that incident as the straw that broke the camels back and caused Vince, following several attempts at pushing Anderson to the top, and the constant injury setbacks, to make the call to let him go.