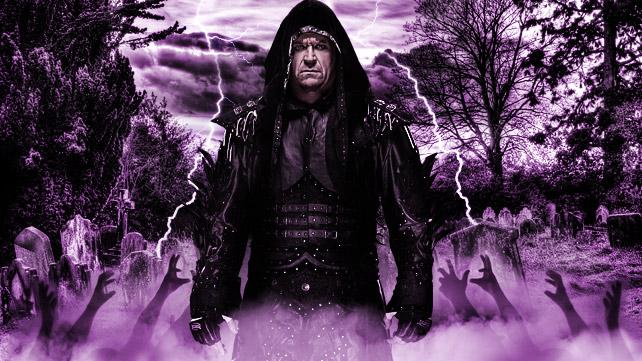 On the latest edition of the Wrestling Observer Radio, Dave Meltzer disclosed seven names that are most likely to be inducted into the Hall of Famer this year. These include Diamond Dallas Page, Ravishing Rick Rude, Christian, William Regal, The Natural Disasters and I.R.S aka Mike Rotunda.

Along with the rumored additions, Meltzer also revealed that The Undertaker could be the headliner inductee, similar to how Sting was last year.

In case you didn’t know…

We had earlier reported about sources confirming two names for this year; DDP and Ravishing Rick Rude. Dave Meltzer added four more names to the list, which would surely bring some smiles to the faces of the fans.

William Regal, who has been one of the pillars of NXT, surely deserves the accolade. The same goes for Christian, whose exploits in the WWE alongside fellow Hall of Famer Edge, in other promotions such as TNA and in pro wrestling in general warrant a place among other illustrious names.

DDP and Rick Rude are superstars that the fans have lobbied to see in the HOF for quite some time now. The customary spot for the tag team would most probably go to the team of Fred Ottman aka Typhoon and John Tenta aka Earthquake, collectively known as The Natural Disasters. The Natural Disasters are a former 1-time tag team champions, who have feuded with one of the greatest tag teams at that time, Legion of Doom.

The final name rumored to go into this year is legendary wrestler Irvin R. Schyster, popularly known as I.R.S. In case you didn’t know, I.R.S, real name Lawrence Michael ‘Mike’ Rotunda, is the father of Bray Wyatt and Bo Dallas and a bonafide legend, whose 20-year long career saw him wrestle for various promotions apart from the WWE. He is a former 5-time Tag team champion and a worthy name to go into the Hall of Fame.

Finally, we come to the speculated headliner of this year, The Undertaker. The Phenom returned on RAW this week and announced himself into the Royal Rumble 2017 match. Many expect WrestleMania 33 to be Undertaker’s swan song and if that is the case, WWE could give one of the greatest of the business a rightful place in the HOF.

The heart of the matter

Last year’s list too came out months before the induction ceremony and it turned out to be quite accurate. Thus, the revelations of this year’s names could be legitimate if we go by last year’s trend. DDP, Rick Rude, Christian, William Regal, The Natural Disasters, Mike Rotunda, and The Undertaker as the marquee addition; which sounds pretty solid to be honest. This isn’t all, though, as more names are expected to come soon.

The names of the customary female superstar and the celebrity wing addition could come out in the dirt sheets soon.

The announcements of the inductions would begin to roll out as soon as WrestleMania approaches, which should be after Fastlane is done and dusted. While the rumored list decent, the fans would be annoyed by the exclusions of Owen Hart and Chyna.

Nevertheless, the induction ceremony is still three months away – which happens on the night before the biggest spectacle in sports entertainment. So nothing is confirmed as of yet and the changes could happen anytime.