15 Things You Forgot About Triple H’s Rise To Power 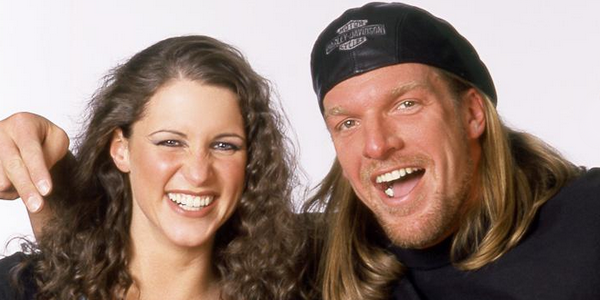 By Grahame Herbert of whatculture.com:

Triple H is a 13 time WWE World Champion and current executive vice president of talent and live events. Those career achievements have tended to generate more resentment than admiration, with fierce accusations of him being a political and selfish manipulator.

His association with main event star Shawn Michaels, and later his relationship with Stephanie McMahon contributed to the stigma. Fans, particularly in the internet wrestling community, feel as if Hunter exploited his friendship and relationship to elevate himself and keep others down. It doesn’t look good when you’re hanging round with the most self serving WWF Champion of the 90?s in HBK. It appeared as if Hunter was getting a leg-up just because he was in Michaels’ kliq.

The same was true when he fell in love with Stephanie McMahon in 2000. Fans judged that The Game was now winning all the time because he was de-facto a McMahon. It didn’t help that he also piled on a mass of muscle and started having some truly awful matches from 2002 to 2003.

The fact he has since gone on to become integral to WWE’s corporate structure also adds to the scepticism around his persona. Then you have all the former stars like Mick Foley and Riccardo Rodriguez who cast Hunter in negative tones, raising questions over his effectiveness to manage WWE.

Yet a lot of the conjecture around Triple H is uninformed. Fans have either forgot, or choose to ignore, the facts behind The Game’s career. This feature will detail the examples of how Hunter became a self made man, a wrestler who strived to make his impact in the profession. The Michaels and Stephanie relationships were coincidence to what was always going to be a stellar career. As for his progression into the corporate world, he was actually a businessman way before he was a wrestler.

Here we take a look at the things everybody forgets about ‘The Game’ Triple H.

15. Work Ethic From A Young Age

The most successful wrestlers in WWE are the ones with the strongest work ethic. Case in example is John Cena, who is constantly on the job representing the brand. Forget the 30 minutes in the ring, this is a man who is sometimes doing 30 days in a row of media and charity events across North America.

Where does that discipline come from? Probably the same place Triple H got his work ethic – the gym.

From an early age, Paul Levesque discovered the benefits of weight lifting. Going into his local gym, ‘Muscles In Motion’, the teenage Levesque learned all about work-rate producing results. He was blown away by what he could achieve, with the investment of time and effort, he was able to attain a ripped muscular body.

The discipline he learned here at a young age became ingrained into his life perspective. Regular repeated weight lifts would give him results and make him feel good, the more he did it, the stronger he got, meaning the more he could lift. It was all about discipline. Do the work, get the body. That applied to nutrition too, Paul was still a teenager, yet he was focusing on plain chicken breasts and grilled fish.

Related ItemsFeaturedtriple Hwwe
← Previous Story Did star hurt his chance at a WWE return?
Next Story → How WWE Can Improve John Cena’s Character Heading into Night of Champions