Home / Columns / Getting Over On Their Own

Getting Over On Their Own 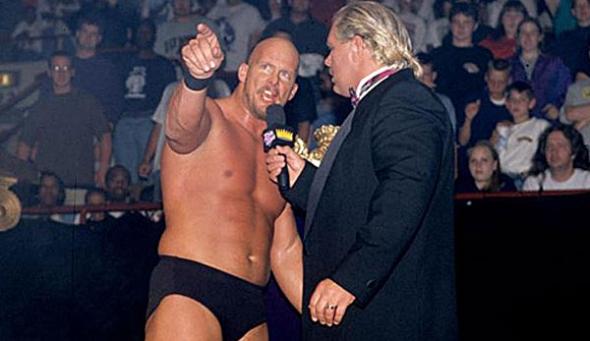 Getting Over On Their Own
By Kevin Fabbri (@Gratefulcreativ)

Do WWE superstars have opportunities to get over organically anymore?  Vince McMahon has been on record referring to superstars grabbing “torches” or “brass rings” as if the talent has control of where they will be placed on the card and how they will progress with their character.  It doesn’t seem as if that opportunity exists in wrestling like it once did.   The scripted nature of WWE’s current product is often criticized on the internet or in interviews by past and even current superstars.

You don’t need to read inside information from the talent to realize some of the promos and backstage segments come off flat, uncomfortable, routine and at times robotic.  Sheamus can yell all he wants, but if it isn’t believable, it isn’t entertaining.  Sheamus was a Celtic warrior and overall badass heel, now he throws angry temper tantrums because the fans chant “you look stupid.”  In my opinion this wasn’t a smooth transition for his character, nor do I believe Sheamus cares that much of what people think of his appearance.  A heel can get away with being a coward, but if built as a believable badass what is the logic behind having that same character throwing hissy fits over and over again?  Shouldn’t the talent know their character more than anyone else?  What their character will say during a given feud, how their character would react to certain situations and the direction their character transitions into when angles and feuds change?

I wonder if Sheamus thinks throwing temper tantrums is something his character benefits from; it just seems very unlikely.  The characters should be extensions of themselves or ingrained enough where the audience believes it to be.  Wrestlers don’t need to be Oscar performing actors, but they’re supposed to believe and care about what they’re doing so the fans can suspend their disbelief and rally behind them.

Daniel Bryan was the last performer to organically get over to the main event level.  It wasn’t because of his promo ability, it was because his passion and character authenticity made him arguably the most likable underdog in wrestling history.  Daniel Bryan cared about wrestling (entertaining) and all aspects of his career (the fans) and it showed.  I strongly believe the Daniel Bryan character got the “Yes” chants over and not the other way around.  Mick Foley, Rowdy Roddy Piper, Macho Man, HBK, HHH, Stone Cold Steve Austin, Ric Flair and CM Punk all verbalized passionately with their characters and everything they were involved in felt important and real.  I don’t think Vince handed Macho Man a script before he went on screen with Mean Gene and told him to to say  “Cup of coffee, in the big time.”  I don’t think Vince micro-managed Piper to have over the top animated mannerisms and to walk and talk the way he did.  A guy Piper’s size in the era he was in would have been nothing without the extra effort of turning the volume up as much as possible with his character.  I’m sure the freedom to grab the “brass ring” made Piper and the WWE a lot of money.

All of the guys mentioned above adapted to all new creative directions with passion and believability.  This showed that they cared about whatever it was they were involved in; they wanted it to succeed as much as possible.  If Stone Cold Steve Austin’s promos and segments felt forced, uncomfortable and robotic then would anyone have cared so much about him?  Stone Cold Steve Austin was handed a live mic after he won the 1997 King of the Ring as a last minute booking decision.  What followed was an unscripted promo and the passionate introduction of “Austin 3:16” to the world.  Immediately following that moment Stone Cold was organically over and quickly became arguably the most popular WWE talent of all time.

Fast forward to the current era and look at a character like Cesaro, who is widely known on the internet as the most underutilized talent on the roster.  Cesaro has remained over for years with seemingly little help from the booking team to do anything important with the popular superstar.  Cesaro recently had some of his fan base creatively make signs stating “Cesaro Section” in numerous arenas to the point that it was recognized by the cameras and announce teams when he made his entrance.  Cesaro subtlety points to the signs and sported a new “Cesaro Section” t-shirt acknowledging the fans that were honoring him.  In my opinion, Cesaro should have grabbed a microphone when this was hot and said something candid about himself and how he felt about the fans who chose to support him regardless of where he was on the card.  Cesaro may not be the most comfortable on the microphone, but neither was Bret Hart or Daniel Bryan.  Their passion was still felt and their characters were organically loved no matter what they said.

As a fan, I hope to witness another performer go to unchartered territory with their character and give all of the fans something fresh and exciting to care about.  I hope to see a passionate superstar grab one of those “brass rings” preached by Vince McMahon and change the fate of his or her career and unlock more creativity that WWE programming desperately needs.