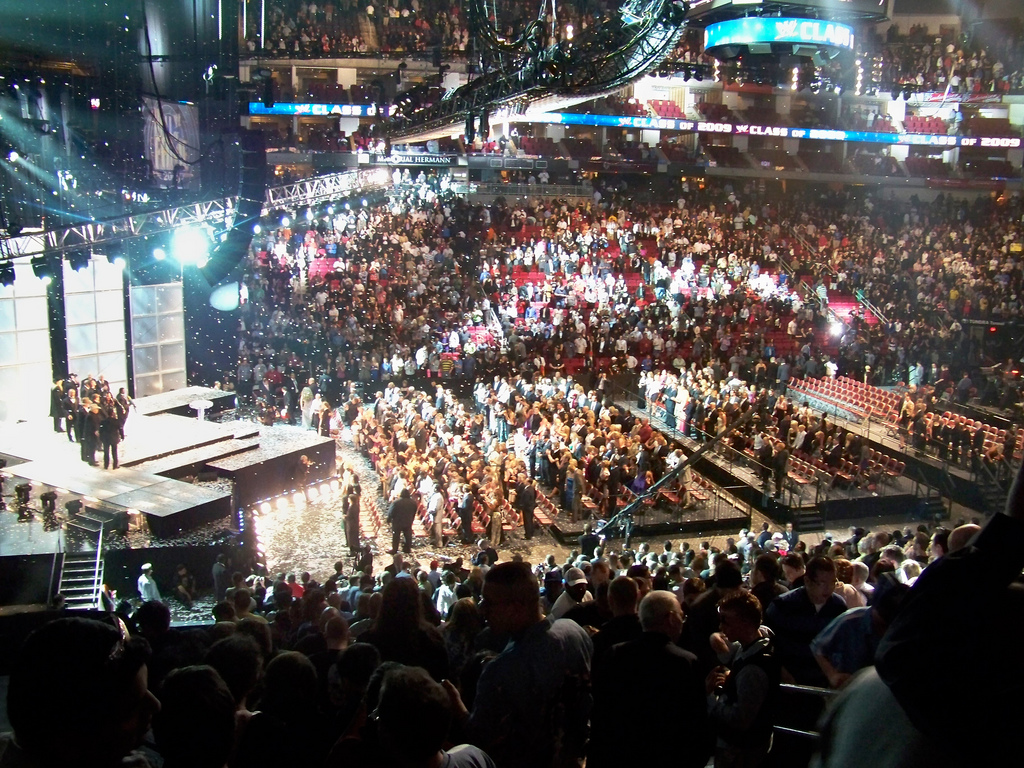 Our resident philosopher, Jay Shannon, makes some early predictions for the WWE Hall of Fame, Class of 2009.

I know that th WWE usually starts rolling out it’s picks for the Hall of Fame around Christmas time. I don’t choose to wait that long to start thinking about who deserves the top honor that the WWE can bestroy onto one of it’s own. In this edition of HeadLocker, I want to look at the most likely choices and a few long-shots that might find their way into the Hall, next year.

He was the longest reigning Intercontinental champion of all time. He was also one of the most flamboyant and memorable heels of the Hulkamania era of wrestling. The WWE has recently brought Honky back for a short program with Santino Marella It’s my belief that his return was an opening for Honky to head to the Hall.

The Fink has been a part of every single Wrestlemania. He was also the main announcer on Raw before Lilian Garcia. I can’t imagine the WWE letting the Silver Anniversary go by without the induction of such a familiar voice.

The Undertaker is nearing the end of his long career. Wrestlemania 25 takes place in his home town of Houston, Texas. Undertaker deserves a place of honor in the Hall. Heck, he deserves a whole wing of the Hall. It would be an absolute travesty if ‘Taker was passed over. Putting him in during any other year wouldn’t mean nearly as much as it would in 2009. Undertaker would be finishing his 20th year in the industry around Wrestlemania time.

Ron was an All-American who began his career in WCW. He won the World title from Vader. He was one of the top stars during the boom in WCW. He also helped to push The Rock to new levels with the Nation of Domination. His union with Bradshaw (JBL) helped to make JBL a superstar. He is one of the most respected men in the business and deserves respect and honoring. Next year would be the year to put Ron in the Hall.

Shawn made his first Wrestlemania appearance at Wrestlemania V. It would make perfect sense to induct him in the Hall on the 20th anniversary of his arrival on the Biggest Stage of them all. Shawn is winding down his career and should go in the Hall at a special event, like the 25th anniversary Wrestlemania. The only issue could be Shawn and ‘Taker going in on the same year. I’m not sure if the WWE would want to diminish either man. Putting them in at the same time could do that.

He was the Goldust of the 1980s. His switch from rough and tough biker to cross-dressing sissy was seen as dramatically shocking. Adonis had numerous battles against the top faces of the time. His battle with Roddy Piper helped to boost Brutus Beefcake to the top stardom level. There are two possible men who could induct Adonis: Goldust or Jesse Ventura. Adonis and Ventura were a fantastic team in the old AWA. Goldust’s character was seen by many as a lift on the Adonis character. Either person would be a good choice to bring in Adonis, posthumously.

Odds of Induction: 10 to 1
Inductor: Jesse Ventura or Goldust

In recent years, the WWE has been inclined to bring in teams. The Wild Samoans and the Briscoe Brothers were both inducted. The Road Warriors have been seen by many as the most dominant tag team in wrestling history. Hawk and Animal took gold in every single organization that they worked, except ECW. They are legends in Japan. They deserve to be honored. There is really only one person to induct them, the man that they battled in the old NWA, Dusty Rhodes. Rhodes was actually an unofficial Warrior at one time.

“The Rocket” was perhaps the most beloved person to ever work for the WWE. He held the I-C title, several times. He also held the tag belts. He had one of the most shocking feuds of all time against his own brother, Bret. Death took Owen far too soon. A special event like Wrestlemania 25,/i> would be the best possible time to induct Owen. The Inductor could only really be one of two people. The obvious person would be his brother, Bret. I would rather see another person induct him. In A Lion’s Tale, Chris Jericho talked about Owen Hart being the inspiration for him getting in the business. What a perfect way to pay back the man who inspired him.

The father of the WWE is not in the Hall of Fame. Something seems wrong about that. Like him or hate him, Vince did revolutionize the world of pro wrestling. He created Wrestlemania. He also converted wrestling from a regional sport to a world wide phenominon. He should have been one of the first people to get a spot of honor. The 25th anniversary of his brainchild, Wrestlemania, would seem the perfect place to finally induct him.

Odds of Induction: Even Money
Inductors: Shane and Stephanie McMahon

A top star in ECW, WWE, World Class and WCW, Bigelow was picked to run a program against Lawrence Taylor at Wrestlemania XI. Bigelow should be inducted by either Tazz or Tommy Dreamer.

Duggan was a cornerstone of the Hulkamania era. He was the most successful star to never win gold in the WWE. I’d give the honor of inducting him to his old Cold Warriors tag partner, Nicolai Volkoff.

Since Dusty went into the Hall, there has been a call for him to join his father. Dusty and/or Cody could proudly induct their son/brother. Jesse Ventura could step in to induct Adonis.

The big Samoan shocked the wrestling world when he took the World title, twice. He crushed just about everyone in his path. His feuds with Bret Hart, Lex Luger, Hulk Hogan and Randy Savage were the stuff of legend. His induction should be made by his cousins, Umaga and Manu.

I give credit for this pick to my good friend, Joe. Pillman was so important to the Cruiserweight division. His tag team with Steve Austin, The Hollywood Blonds, were the top team in WCW at one point. Pillman should have gone in before now. There could only be one man to induct him, Steve Austin.

“The Ravishing One” was part of the same wrestling training class that brought us The Road Warriors. Rick was the man who beat the odds to take the Intercontinental title from the Ultimate Warrior. If Bobby Heenan is well, he should induct Rude. If not, Superstar Billy Graham would be a good person to induct Rude.

The former Bodydonnas member was a key player in the original ECW. He was a superstar all over the world until a blood clot ended his life. He is still respected by most wrestlers and fans and should be honored. The only person to induct him would be the love of his life, Sunny.

The Hall of Fame is not a true representation of the best of wrestling. Bruno Sammartino, Ivan Koloff, Bob Backlund, Randy Savage and others have been denied access. Some people who really don’t deserve tributes have been thrown in. Limo drivers, disgraced baseball players and others have taken the seats that wrestling personalities deserve. Since the WWE tends to induct eight people, not everyone listed above will go in. If a current superstar should die between now and the end of the year, he or she might take someone else’s spot. I hope that no other superstar gets inducted simply because they lost their life during the height of their career.

I’d be happy to hear your thoughts as to who you’d put in the Hall. Drop me a note, if you’d like, and let me know who should go in and why.