WWE overhauled its plans for the Survivor Series main event 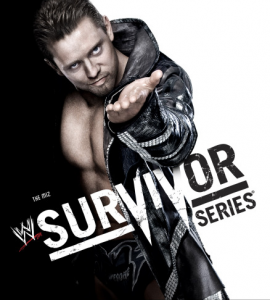 LordsofPain.net writer Daniel Pena reports why the WWE overhauled its plans for Survivor Series on November 18, 2012.

On Monday Night Raw, Vince McMahon mandated that CM Punk will defend his WWE Championship in a Triple Threat Match against Ryback and John Cena at the pay-per-view event. With this turn of events, Team Punk is now known as Team Ziggler, while Team Foley has an empty fifth slot. Prior to the change, The Miz quit the group in protest of Punk’s leadership, and was replaced by Wade Barrett after Paul Heyman aggressively sought him.

According to the Wrestling Observer Newsletter, WWE changed their plans for multiple reasons.  Among them was the belief that the originally scheduled main event, Team Punk vs. Team Foley in Traditional Survivor Series Elimination Tag Team Match, would draw dismal pay-per-view buy numbers.  With rare exceptions, tag team matches as main events are generally mediocre earners on pay-per-view. The entire Bragging Rights concept was dropped for that very reason.

What also swayed plans for Survivor Series were the pay-per-view buy figures for Hell in a Cell on DirecTV being “surprisingly strong”.  Privately, McMahon credited Ryback for the result and felt placing him in a ten-man tag team match, even though he would likely be left standing, would not be beneficial to him. McMahon feels they need to capitalize on Ryback’s momentum, which would require the muscle-bound grappler to challenge for the WWE Championship in the main event.