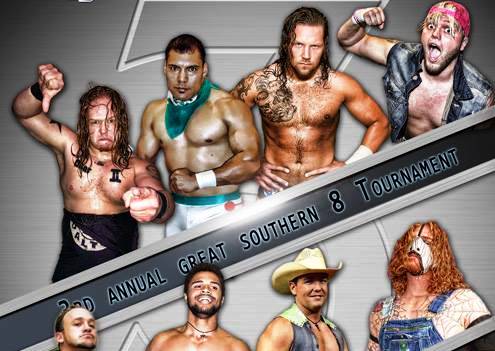 Pro Wrestling Ego returns to Indian Lanes in Clinton, MS, on November 22nd for the 3rd Annual Great Southern 8 Tournament!!! Featuring wrestlers from across the southern United States in an elimination tournament. The wrestlers come from Texas, Louisiana, Mississippi, Tennessee, Alabama, Georgia, and all the way from South Carolina!

There will also be a silent auction with all proceeds benefiting Rece Gilder, who recently underwent surgery to expand his chest wall.

The doors open at 6:00 pm with the show starting at 7:00 pm. Indian Lanes is located at 815 E. Northside Drive in Clinton, MS. Advanced tickets are available on line through Brown Paper Tickets (www.brownpapertickets.com/event/919091) so you can get them early. You can find out more at facebook.com/prowrestlingego as well.