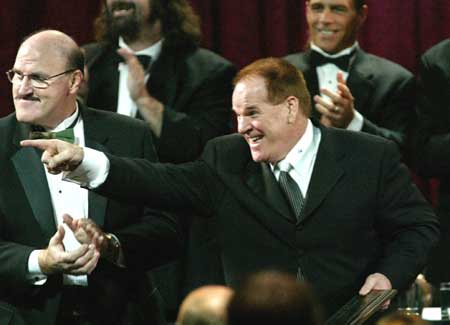 March 22, 2010: Pete Rose
With only one week to go until WrestleMania, WWE Hall of Famer Pete Rose, one of the most controversial figures in sports, will be the guest host of Monday Night Raw live from San Jose, Calif. Major League Baseball’s all-time hits leader will be looking to knock one out of the park as the biggest night of the year is only days away. Rose is no stranger to WrestleMania. He appeared at WrestleMania XIV, WrestleMania XV and WrestleMania 2000 and each time had a run-in with Kane. Might SmackDown’s Big Red Monster make his way to Raw just for another confrontation with his long-time nemesis? What last minute impact might the legendary slugger have before WrestleMania? For more on Pete Rose, visit http://www.peterose.com.