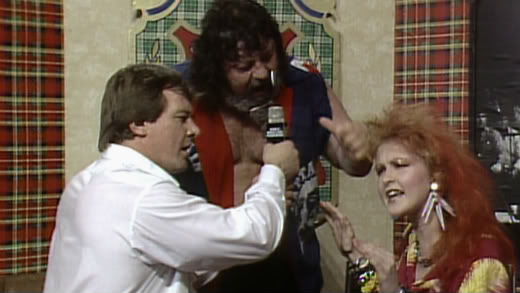 The Brawl to End It All was a professional wrestling event produced by the World Wrestling Federation (WWF) and broadcast live on MTV. It took place at Madison Square Garden in New York, New York on July 23, 1984. The show was a major event in the Rock ‘n’ Wrestling Connection in the mid-1980s WWF. The main event featured The Fabulous Moolah defending the WWF Women’s Championship against Wendi Richter. Richter pinned Moolah to win the Women’s Championship. It was the only match of the event that was shown on national television. The entire event was recorded and shown on the Madison Square Garden network however.

The Iron Sheik vs. Tony Garea