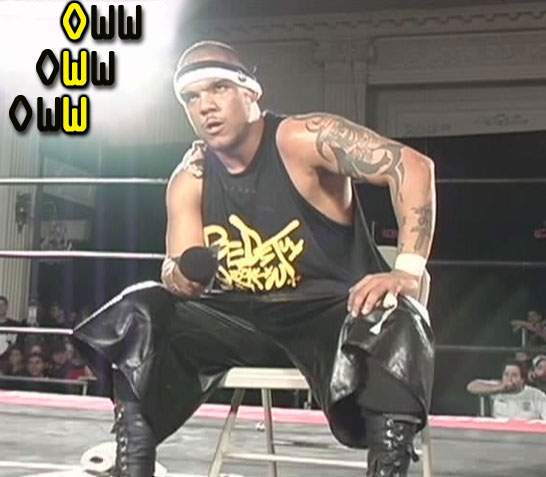 Following an explosive battle between BLKOUT and The Rottweilers at August’s “Dishonorable Conduct”, Best of the Best 7 Champion Joker challenged Homicide to a one-on-one match-up. Homicide lashed out at BLKOUT and the CZW fans, telling them if they wanted to see Homicide, to catch him on the latest TNA Pay-Per-View event, pissing off everyone in Philadelphia that night.

Curiously, Homicide has contacted Combat Zone Wrestling to announce he has accepted Joker’s challenge! However, what a coincidence…Homicide waited until Joker was already signed in an anticipated contest with TOD Champ Drake Younger at the Chri$ Ca$h Show. Joker, who saw through this right away, wants the CZW fans to know that he WILL be facing Homicide one on one! Since Joker’s already got his hands full with Drake this Saturday…and Homicide is headed to Delaware looking for his fight next Saturday…and Joker was free at press time…one might think that some teeth might be lost in Delaware…in a match that’s even not in the UVU tournament! Will Joker make this official on Saturday?

Combat Zone Wrestling wishes to inform its fans that the tentative venue for “TOD: Fast Forward” on Saturday Afternoon, September 15th will be the home of TOD V & VI, Bulldozer’s Saloon in Smyrna, DE. We use the word “tentative” not to pull a sudden switch of venues, but because CZW is also looking into another Delaware venue that would be closer to our home base in Philadelphia, and in other words: more accommodating for our fans and company. However, as of now, it looks as if you can plan your trip to Smyrna for a wild afternoon that will feature not only the brutal Ultraviolent Underground Tournament, but also exciting non-tournament action featuring some of CZW’s biggest names!

CZW News Update has learned that Alex Balcerski of the 94.1 FM WYSP Scotty & Alex Show will be appearing at the Chri$ Ca$h Memorial Show this Saturday at The New Alhambra Arena. Alex, whose show airs from 7-11 PM on weekdays, is known for being a knowledgeable and opinionated mind when it comes to professional wrestling, and reportedly has a special interest in the upcoming CZW event. So exactly what is this special interest this outspoken individual has for Saturday’s event? CZW isn’t your father’s TV wrestling…why pick the Combat Zone to get something off your chest? We’ll have to see just how Mr. Balcerski handles the wolves den that is the CZW locker room…but word has it that he isn’t showing up alone! Interesting