Ex-wrestler sentenced to 25+ years in jail 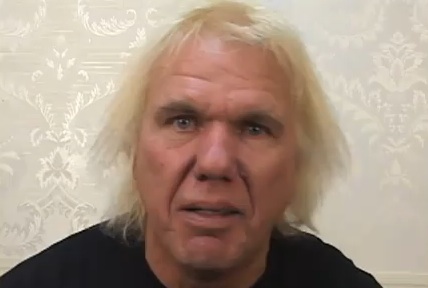 WILLMAR, Minn. – A former professional wrestler best known as Buck “Rock and Roll” Zumhofe was sentenced Thursday to more than 25 years in prison for molesting a close female relative over a period of years.

Eugene Otto Zumhofe, 63, of Cyrus, received a total of 310 months in prison after being found guilty on two first-degree and two third-degree counts of criminal sexual conduct. District Judge David Mennis ordered the sentences on the four counts to be served consecutively.

The female victim in this case reported the abuse after seeking therapy and medical care in 2012. She testified during the trial that there were hundreds of acts of sexual abuse over a period of years from 1999 to 2011, starting when she was 15.

Assistant County Attorney Aaron Welch asked the judge to double the sentence to 620 months because Mennis had found that there were aggravating factors, including cruelty and multiple forms of sexual contact with the woman. Zumhofe also had two prior convictions for criminal sexual conduct in 1988 and 1989.

“Mr. Zumhofe shows no remorse for his actions, even if he finally admitted (in the pre-sentence investigation) that they happened,” Welch said. “This is an extreme sentence, but Mr. Zumhofe’s actions can be described as nothing less than extreme.”

Greiner argued that his client wants to submit to treatment and get help, suggesting stayed prison time and probation.

If the judge couldn’t hand down such a sentence, Greiner argued for the sentence recommended in the corrections report.

“He will be 80 years old when he gets out,” Greiner argued. “That’s punitive enough.”

As part of the sentence in Kandiyohi County District Court, Mennis also ordered Zumhofe to serve 10 years of conditional release, pay $200 in fines and register as a predatory offender.

Zumhofe, a pro wrestler in the 1980s and early 1990s, also faces a felony charge of escape from custody. His first court appearance on that charge had been scheduled with the sentence but was delayed until Friday.