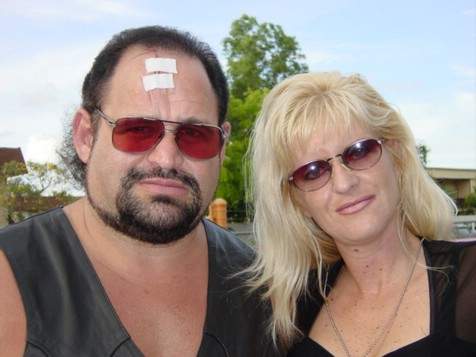 fidel sierra “the cuban assassin” and fantasy SPEAKS OUT

Tampa, Florida… Fidel Sierra and Fantasy just returned from a wrestling tour and made these official statements:

“My name is Fantasy and I am the real deal. It has come to my attention that someone else is using my name and I want to set the record straight.

I have managed Fidel Sierra “Cuban Assassin” for almost fifteen years, as well as other top superstars like the late Curt Hennig and the Nasty boys in Puerto Rico just to name a few.

I have been all over the world from India, to Mexico, England, Puerto Rico, Bahamas and the United states. Fidel Sierra “The Cuban Assassin”, who is the current Cuban Heavyweight Champion and I are still active in the wrestling business in addition to owning a bar called Crazy Dave’s Sports Bar in Largo Florida, 201 Keene Rd.

We are available for bookings and you can reach us at [email protected] , our website is http://cubanworldwide.com (being taken over soon by Eclectic Media Productions).

I realize that imitation is the sincerest form of flattery but I am not done with the wrestling business yet and I resent someone else using my name.

There is only one Fantasy and one Fidel Sierra “The Cuban Assassin”. Remember that!”

Fidel Sierra, the Cuban Assassin has been wrestling for over 25 years and is still going strong. He speaks Spanish fluently and is a lot more than just an accomplished wrestler. He actually has a great mind for the business.

He has wrestled for all the major companies from NWA Florida Championship Wrestling, WCW, WWE, WWC, ECW, Mexico, Japan, and has traveled all over Europe, USA, Australia, India, and the Caribbean’s.

He actually broke into the business when there were still territories and it took more than just a pair of wrestling boots to get in the ring. He worked hard and made many sacrifices during his career, along with making his mark in many territories.

Fantasy was born in the Czech Republic, and was raised and educated in Switzerland. She speaks fluently German, Czech, Swiss, English and enough Spanish to get her point across.

She is not your typical valet, as she and anyone that has worked with her, considers her a manager. She prides herself on achieving her goals, based on her skills, perseverance, determination and talent, not the amount of skin shown.

She has a degree in business and has bought, managed and sold several successful businesses.

She has been Fidel Sierra the Cuban Assassin’s manager for over 12 years and has a keen sense for business inside the ring and out. Considering the fact that she has never worked for WCW or WWE and lacks the national exposure in the states, she has been very successful nevertheless.

Eclectic Media Productions was formed in 2007. Its purpose is to provide its clients with the best in PR, and website administration.

Their motto is “We do everything: Your One Stop to go to the Top!”