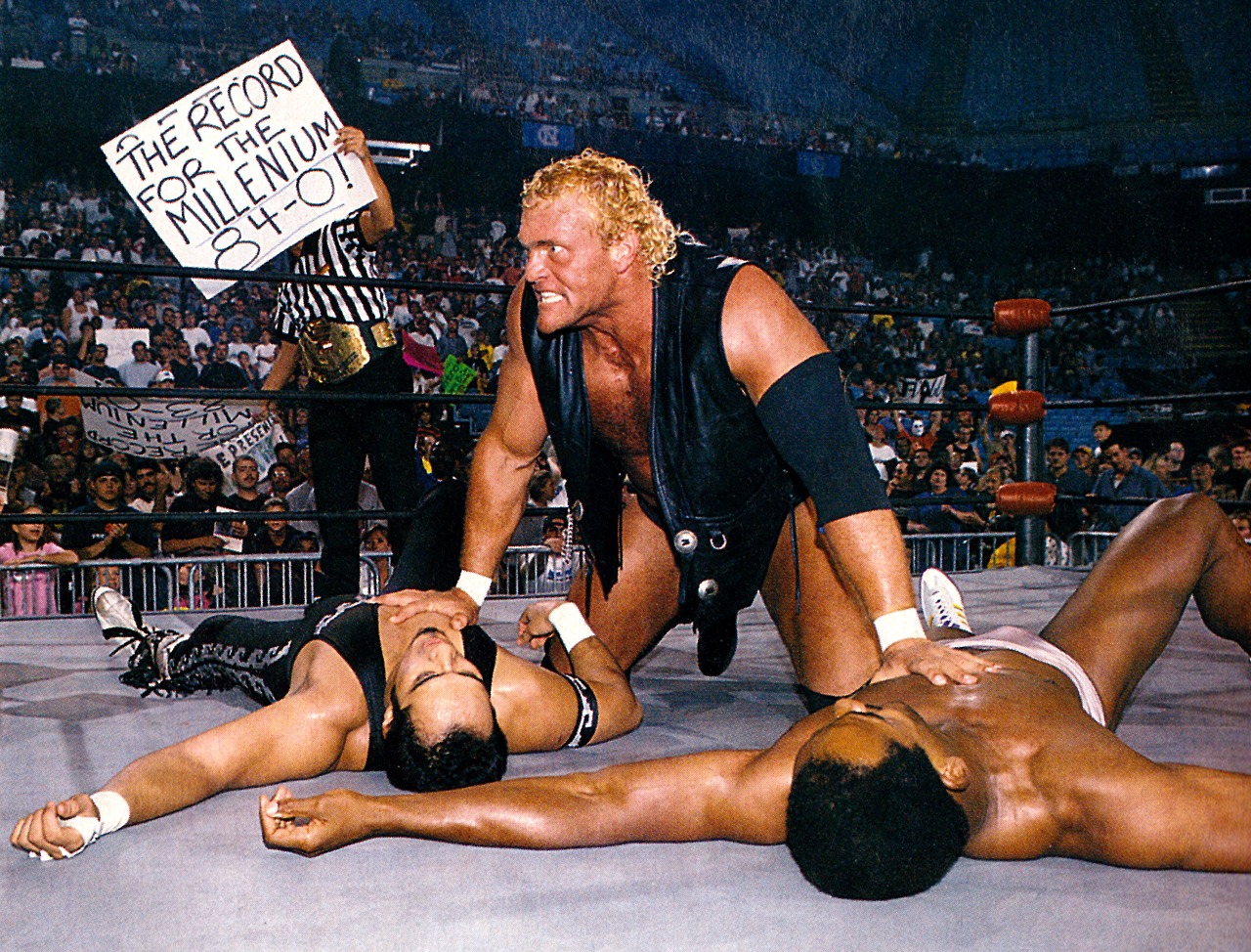 The new year has barely begun, and 2015 is already shaping up to be one for the record books!  After Sean Waltman and Scott Hall joined the rest of the JCW roster in Howell this past Saturday, January 10th, Jersey Championship Wrestling will welcome Sid and The Sandman on January 31st in Manville!

Know as “The Hardcore Icon”, The Sandman has made a name for himself by participating in extreme wars, both inside and outside the ring.  Over his twenty-five year career, the five-time ECW World Heavyweight Champion Sandman has won the respect of fans and wrestlers alike, earning a place in the Hardcore Hall Of Fame along the way.

Along with The Sandman, the fans at the Manville VFW Hall will bear witness to the JCW return of former WWE and WCW World Champion Sid!  Although he has had many descriptions surrounding his name over the years, Sid has become known as “The man, the master, the ruler of the world”!  And yes fans, Sid will be wrestling in the JCW ring on January 31st!  Will he be psycho, will he seek justice, or will he be just plain vicious?  Get your tickets now and witness it for yourself!

Jersey Championship Wrestling will also be featuring more returning wrestlers in Manville.  The Italian duo of Guido Maritato and Tony Luke will look to deliver another Sicilian Slice to the JCW tag team division.

And remember, JCW returns to GameChangerWorld in Howell, NJ this Saturday, January 10th, with Sean Waltman and Scott Hall! Tickets are still available for this event, so make sure to order them now by calling (201) 257-8621!

Come see JCW Live!
Tickets for all upcoming Jersey Championship Wrestling events can be purchased through the JCW website at JerseyChampionshipWrestling.com or by calling the ticket hotline at (201) 257-8621.  VIP packages and local ticket outlets may be available as well – check the website and posters for details! All cards subject to change.
—–
Jersey Championship Wrestling can be found online at the following sites:
www.JerseyChampionshipWrestling.com
www.facebook.com/JCWprowrestling
www.twitter.com/JCWprowrestling