Home / Miscellaneous / Funk’s Corner – Does Kurt Have a Weakness?

Funk’s Corner – Does Kurt Have a Weakness? 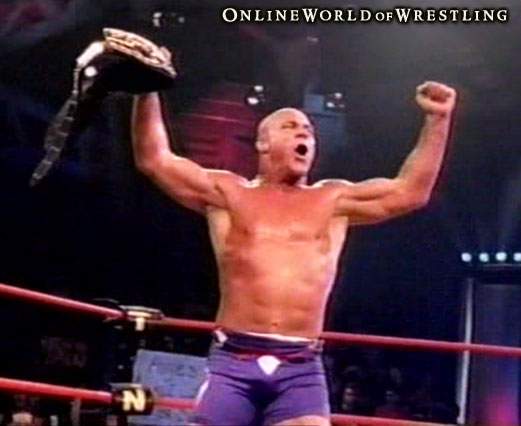 Funk’s Corner – Does Kurt Angle Have a Weakness?

Coming September 9th at “No Surrender,” live on Pay Per View, Kurt Angle will defend the X Division Championship against the Black Machismo.

In a World Heavyweight Championship Match, Kurt Angle will face the challenge of Abyss.

Leave it to TNA Wrestling to present something I have never seen before in professional wrestling. One man defending three different championships in three different matches.

Is Kurt Angle that good?

Kurt Angle then competed in the 1996 Summer Olympics in Atlanta, Georgia where he won a gold medal in heavyweight freestyle wrestling.

Kurt Angle won his gold medal in the heavyweight class defeating Iranian Abbas Jadidi by officials decision after wrestling to an 8 minute 1-1 draw.

Kurt Angle accomplished all this after being injured in the Olympic trials fracturing two vertebrae, herniating two discs and pulling four muscles leading him to laying claim to have won the Olympic Gold Medal with a, “Broken Freakin’ Neck.”

After joining TNA, Kurt Angle became the second wrestler to win the Triple Crown. Kurt Angle also makes appearances for the Japan Based Inoki Genome Federation where he is the current IWGP Third Belt Champion (recognized by IGF and TNA as the IWGP World Championship.

Does Kurt Angle have a weakness?

In all of my years of professional wrestling, I have yet to see a cowboy who couldn’t be throwed or a horse that couldn’t be rode.

Over Confidence – It is difficult to find a weakness in the wrestling skills of Kurt Angle however at this stage of his career, Kurt Angle could be overconfident in his skills. In facing the likes of Abyss, Team PacMan and the Black Machismo, any mistakes could be costly.

Temper – Kurt Angle is so intense he can blow sky high over small things. A bad call by a referee, a fan’s comment from the front row, even a “first take down” by an opponent can blow Kurt Angle’s temper.

Fatigue – Wrestling the top talent of TNA in three consecutive matches even with rest in between, can sap energy and leave Kurt Angle vulnerable to failure in execution.

His Wife Karen – Kurt Angle didn’t have his wife, Karen in his corner when he won the Olympic Gold Medal.Â  What kind of a man, champion or world class athlete should need his wife to back him up?

Karen Angle needs to get herself back in the kitchen, take her shoes off, give her kids some toys instead of dragging them from airport to airport, wash the dirty dishes, get some dinner on the table, do the laundry, give Kurt the TV remote back and for goodness sake, clean the house up. Karen Angle needs to know her role.

Kurt Angle could very well slip up in his quest to headline three main events at Summer Slam live on Pay Per View Sunday September 9th and look for the cause not to be over confidence, loss of temper or fatigue. However the deciding factor whether he wins or loses could be the interference of his wife, Karen Angle in his professional career.