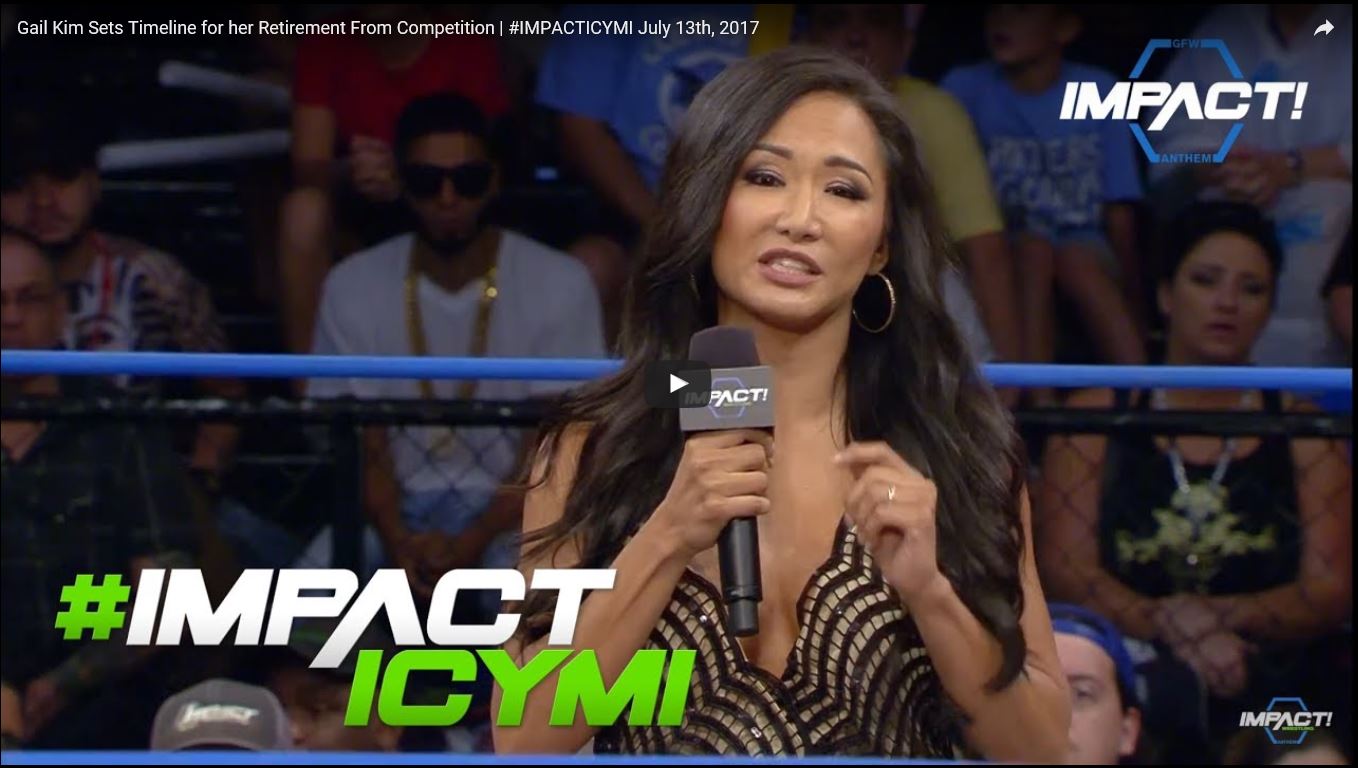 Gail Kim appeared on this week’s GFW Impact episode to announce her retirement. The Impact Hall of Famer said she will be retiring from in-ring competition at the end of 2017 but while she is retiring, she plans on going out on top.

The six-time Knockouts Champion thanked the other wrestlers, the company and the fans during her speech. Gail will be appearing regularly between now and the end of the year until retirement.

Gail Kim tweeted the following after the show: