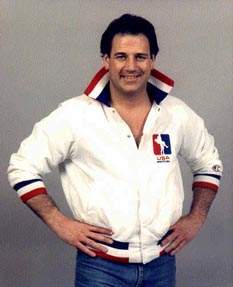 Greg Gagne Interview Recap
By: Bob Colling from http://chroniclesoftna.bravejournal.com/
(TNA recaps starting from day one at the above link)

Jack asks Greg if he ever worked in Massachusetts but Gagne was never given the chance to do so. Jack is from the area, so they discussed working New York and how he wanted to work the Boston area.

Jack brings up Jim Brunzell. Greg says that Jim has been having a rough year as he just had his shoulder replaced. Greg remains in touch with Brunzell as well. Greg says “their isn’t a spot on my body” that hasn’t been affected by a injury. Greg goes into detail about some of the injuries he has had over the course of his career.

Greg talks about Jerry Blackwell and the leading events that ended his career, following one of his slams on a concrete floor. Greg tells a story where Bobby Heenan ducked a chair being thrown by a fan and broke his nose. Greg also tells a story where he got his nose broken three times in a matter of days.

Greg puts Bobby Heenan over as being the best manager ever. Greg tells a funny quote where Heenan said “I’ve been hit with a chair so much, my head smells like ass!” Greg also goes into a story where Heenan was able to mess people up, and loosen them up at the same time.

Jack brings up Ray Stevens, and Greg puts him over as one of the best. Greg also puts over the timing that Stevens had in the ring over the course of his career and it was a honor to compete with him.

Greg says that he hasn’t done a lot of autograph signings as he is just now getting into the scene. Gagne talks about his car dealership and how he is recognized around town and that he gives a lot of autographs while working.

Jacks asks Greg if he kept anything from his career, and Gagne says he kept a International Championship. Gagne says that his kids “busted up” his action figures because his kids messed them up good.

Greg liked to work with the tag team of Ray Stevens and Pat Patterson as they were the most fun to work with. Greg talks about a full scale riot that occurred during one of their matches. Greg list several tag teams combos that he enjoyed working with. He does say that the Sheik wasn’t much fun to be in the ring with, though.

Greg talks about Jesse Ventura saying “he talked himself right into the governor spot here”.

Greg talks about the AWA DVD and says that it was swayed towards WWE. Greg believes that they could of gotten people to worked for the AWA, but he otherwise thought it was a fine DVD. Greg wasn’t surprised when the WWE did something with the AWA because Vince is trying to make money off everything he has bought. Greg says that you need to expect the motives that the WWE did, and he did.

Jack asks if it was tough for Greg to work for the WWE. Greg didn’t realize what it was like in their office and how they produce everything. They wanted Greg to write a show, but Greg isn’t a writer and can’t write a show word for word.

Greg discusses a match where Shawn Michaels fought someone (he didn’t remember) and how the match was more of a old school style and Vince McMahon wanted more of that. Greg talks about a writers meeting where they said they needed a pirate and called up Paul Burchill. Greg says that within two weeks, the writers were saying he needs to be fired, but Greg thought it was a ridiculous statement because he isn’t a pirate! Greg believes the WWE is all about characters and marketing.

Greg goes into a story about a struggling wrestler from New York who said he wanted to be the next Ric Flair, but Gagne told him their isn’t a next Ric Flair. “you have to be yourself, people won’t buy into playing someone else”

Jack talks about Greg’s father Verne, and Greg says that he wasn’t going to be like his father. He was trying to make people buy into him. He knew that people would be taking shots at him because of his father. Greg talks about his father wanting him to be a amateur wrestler. Greg talks about pinning everyone on the team. Greg ended up passing up on that because they wanted him down to 138lbs, so instead he played football.

When asked if Greg would like to do anything with TNA Greg says “I would love to, but I don’t know if they want me down there”. Greg has talked to Eric Bischoff, and hasn’t gotten a chance to talk to Hulk Hogan. Greg believes that he can help TNA challenge WWE. Greg would love to get back into the business in someway.

Jack asks if Greg was surprised about Eric Bischoff’s career. Greg was and says that Bischoff is a good business man and that Turner was a corporate world.

Greg talks about building up the Lord Steven Regal/Larry Zbyszko and how they had the biggest rating on the television program. Greg then discusses a meeting where WCW management wanted a fireman and milk man! Greg told them they needed to learn how to market their young guys. Greg believes that William Regal would have been very successful in the AWA because he was a wrestler and a good interview.

A caller tells Greg that Greg and Jim Brunzell where his heroes when he was growing up. The caller says that it broke it hearts when Greg and Jim loss to Blackwell and his tag team partner in short order. Greg really doesn’t know why that happened.

Greg learned a lot from the road when traveling with Nick Bockwinkel, Pat Patterson and Ray Stevens to name a few. Greg believes that without Pat Patterson and Hulk Hogan that Vince McMahon would have never made it.

A caller asks Greg what it was like to work with Curt Hennig. Greg mentions that he trained Curt Hennig and puts over Hennig as a great performer and a good guy to be around. Jack asks Greg if there are any good rib stories involving Hennig.

Greg talks about a rib he pulled on a worker from Alaska. The guys name was Rick and when he got home he threw his bag on the floor and his wife found a frozen turd in his bag. Greg also tells a story about tires from a car falling off. Greg says that the boys really took things far with the ribbing.

Greg tells a story where Ray Stevens was in a tree for several hours waiting for a guy who he though was messing around with his girl friend. Greg says that Ray had a gun with him and that he had to room with him. Greg says that Stevens rolled out on the floor and Greg was sneaking back to his bed as he went to the bathroom. Greg tried to get back into his bed, but Stevens said “bang” and scared the crap out of him. Stevens had set Greg up the whole time just for a rib! A very funny story.

A caller asks Greg about his role in the movie “the Highlander”. Greg says they wanted something with a lot of action as they were testing out a new camera. Greg says that they turned down Hollywood as they were all about wrestling!

Greg always wanted to get out and do different areas but they never were able to do so. Greg would have liked to work in Charlotte and Oregon.

President Clinton calls in and asks Greg if he thinks anyone today is close to Nick Bockwinkel. Greg thinks for a moment, and says the Miz. Greg puts over the charisma that Miz has and that he has a lot of potential. Greg believes that Miz will be fantastic.

Greg had to shut down his wrestling school because of a incident with his father just as they got the website up for the school.

Greg talks about playing football with Ric Flair, but Ric didn’t have the grades to continue to play the sport. Greg tells a story about Flair getting $1,200 bill from talking to a girl from Michigan.

Greg also tells a story about Ric Flair and a college. Greg says that he heard a “wooo” and Flair was naked on a balcony and jumped off right into a snow bank! Greg also talks about a wrestling school and that Ric Flair almost quit twice, but his father wouldn’t allow him to because he saw a lot in Ric Flair.

Greg says that there is no truth to the rumor that Verne Gagne was going to try and break Hulk Hogan’s leg.

Jack thanks Greg for coming on and Greg says that he would love to comeback on the show.

Greg will be appearing at the Legends Mania fan fest. For more information go to www.legendsmania.com

For more In Your Head interviews dating back to 2005 go to www.inyourheadonline.com

To interact with fellow fans of IYH and the hosts themselves join the message forums at http://inyourheadboard.proboards.com/index.cgi?