Home / Columns / GUEST COLUMN: “Who is Will o’ The Wisp? A Willow of hope for TNA?” by Austin Skinner

GUEST COLUMN: “Who is Will o’ The Wisp? A Willow of hope for TNA?” by Austin Skinner Editor’s note: This column originally appeared on http://wrestlingrecaps.com and was written by Austin Skinner.

I do not follow Total Nonstop Action Wrestling or its weekly episodic Impact Wrestling show on Thursday nights. I haven’t even watched a full episode of TNA Wrestling since they attempted to go head-to-head with the WWE’s Monday Night Raw. However, during the last aired episode of Impact, a debut promo was played and my interest was instantly grabbed as I found out about it later on. What is old can again be new and this debut may be a new and fantastic opportunity for TNA to grab a lot of eyes on Thursday nights…

Rewind to the late nineteen nineties where a very small, independent wrestling promotion known as the Organization of Modern Extreme Grappling Arts, or OMEGA for short is operational. A young, hungry, creatively-free Jeff Hardy is wrestling along with his brother and co-founder of OMEGA Matt Hardy, and a pretty deep and talented collection of future wrestling stars such as Shannon Moore, Steve Corino, Gregory Helms.

Matt, being Jeff’s older brother and a co-founder of the company, was constantly a go-to man for many of the wrestlers and people involved with the company. This would immediately cast Jeff into a shadow of his older brother. There was one area that Jeff was able to outshine his brother in though, that being, his vastly and exotically driven mind for the eccentric. In a way to step out of Matt’s shadow, Jeff would begin to wrestle under different monikers and gimmicks, rather successfully too. Perhaps the most bizarre and obscure of them all though, was Jeff’s Will o’ The Wisp persona.

Did any of it make sense? Not really. According to Hardy though, only things that didn’t make sense made sense for Will o’ The Wisp. Creatively, it made sense for Will o’ not to make sense to the normal wrestling fan (or anybody else for that matter). It was just Jeff having fun and doing absolutely whatever he wanted. The look, later on explained by Jeff, was a mix between Jushin Liger and Psicosis. The style, mannerisms, and thought process was all Jeff though making this gimmick the most unique that the company (and perhaps in all of wrestling at the time) offered. Will o’ The Wisp’s promos were unlike anything in wrestling I discovered after doing a litter research and reviewing. The mixture of his appearances and entrances, mixed with his bizarre speak-poem-like promos, were a recipe for the nightmarish. Will o’ became a perfect mix of anything Tim Burton/Marilyn Manson/Rave scene/Heavy metal. And then it would be gone… Jeff and Matt would go on to sign with the World Wrestling Federation and Will o’ The Wisp would not be utilized, or even be a place of interest, for the duration of Jeff Hardy’s tenure with the company.

Fast forward to two thousand and ten and Hardy would now be returning to TNA after a rather brief stint from two thousand five to six. Hardy would do very well for himself during this time only to have a few mishaps and embarrassments. By the time two thousand and twelve rolled around though, Hardy began to look for something more. He wanted to revive an old flame that had originally set him apart, he yearned to once again become Will o’ The Wisp. For some reason or another though, this aspiration would not come to full tuition and Hardy would go on to become immersed within other story line ideas. 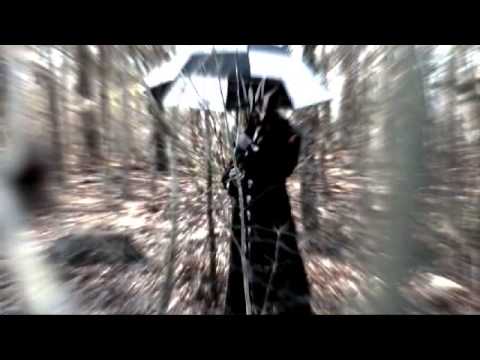 Enter this week and a promo is released for a debuting Willow. I am interested. This could be a huge opportunity for TNA to let Hardy do something the wrestling world hasn’t seen for some time (excluding one or two irrelevant Willow appearances since the height of the gimmick). Hardy CAN play this character. My only question is if TNA can book such a wild card. He should not be brought in by traditional ways in my opinion and something only really special and different will set the right tone for this character to really hit the ground running in TNA. This being a really, really successful run for Hardy AND TNA is totally possible. This is different enough to get my eyes on TNA and I’m sure I’m not the only one, so, depending on how this goes, Willow in TNA could prove to be a really good business decision and something tells me that if Hardy has been wanting to do this since two thousand twelve, he may have some interesting things in mind for Will o’ The Wisp.

In closing, I’ll be watching for the debut of Willow. I’m hopeful that this old gimmick can be re-birthed in a really fresh way for TNA and if so, I may just tune in every Thursday night from then on. For the non-believers, go snoop around YouTube for classic Will o’ The Wisp stuff and you’ll see what I mean. The potential is there… Will TNA capitalize or water down what could be, utterly dropping the ball? Time will tell!

Related Itemsjeff hardytnawillow
← Previous Story Hall of Famer Tully Blanchard talks about his failed drug test in WWE, and much more
Next Story → Big Vito talks about wanting to work with Jeff Jarrett, and much more