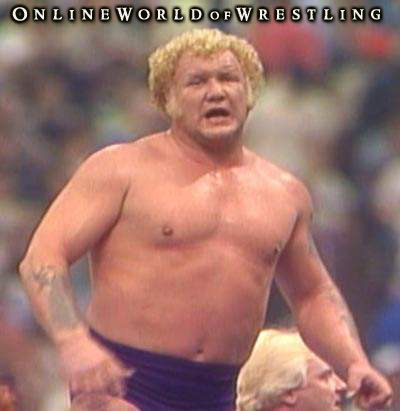 Harley Race was the guest on www.InYourHeadOnline.com

Harley Race joins IYH this week and talks about the Fanfest he will be taking part in. Race enjoys being apart of the fanfests as he gets to see people he hasn’t seen in awhile. For more information on the NWA Legends Fanfest August 5th-8th in Charlotte, NC go to www.nwalegends.com

Jack asks about the differences between Dory and Terry Funk. Harley says that Dory was more of a “wrestlers wrestler” while Terry didn’t care how people came to him because he was coming at you either way. Harley didn’t mind either style as he found himself to be in the middle of both styles.

A caller named Chuck calls in and talks about how long Harley Race has been around in the business. Race jokes that their aren’t many places he hasn’t been. Chuck asks Harley what match was the most memorable match in the NWA. Race says it was when he won the NWA Championship for the first time.

Jack asks about Hulk Hogan. Harley says that Hogan had everything to succeed in the wrestling business. Race also said that you could work a good match with Hogan if you figured out his style.

OIB asks a question from the message board. The question is if Harley has ever worked with Bruno Sammartino. Harley says he had wrestled Bruno on three occasions and that neither time their was a winner because of their respect for each other. Harley finds Bruno to be a “class guy”.

Race talks about the NWA and how when you were the NWA World Champion you were a top class champion.

Jack asks Race if he ever thought Vader took liberties with jobbers. Race says that if you knew how to get along with Vader you never would get into issues with him. Race got along with Vader.

Race says he had a very innovative mindset when he came up with different suplex moves.

When it came to wresting masked wrestlers Race didn’t have to do anything different to get the match over. Race believes that some people need a mask to get over with the crowd.

Jack asks Race which cage he preferred the NWA cage of the WWF cage from the 1980’s and Race simply says “None!”. Race didn’t like cage matches as he felt it took away from what the wrestlers could showcase.

Jack talks about Harley Race infamous driving stories. Race chuckles and says that he doesn’t have stories about that. Race still manages to make all his shows on the road.

Jack brings up Harley’s wrestling school. Race says that his wrestling school has everything for people starting up in the business. Vince McMahon usually sends people out there as well as people from the Pro Wrestling Noah company.

Race isn’t surprised that CM Punk brought to the WWE and has had a lot of success. Race talks about Punk coming down to his school along with Ace Steele. Race puts over Punk as a great talent.

Jack thanks Race for coming onto the show to end the interview.

For the full audio please visit www.InYourHeadOnline.com plus a 5 year archive of interviews and new live shows every Wednesday at 8:05 PM EST !!